Boy Advice: Being A Safe Friend

Are you a safe friend or the kind of girl guys wish to avoid?
Take this quiz to find out, then read on to learn the secrets of being a safe friend!
Grab a piece of scrap paper and scribble down the letter answer, choosing how you would most likely act in these situations.

1) Joseph just got a really bad grade on his test. He's disappointed about the C minus. You...

A) Tell all his friends. Joseph's always had a big ego...this should help!

B) Don't mention anything in front of anybody. But later you tell Sarah and Molly, your BFFs.

C) Remind Joseph about something else that he's really good at, then let him know that he'll ace the test next time!

2) Jackson's been spending a lot of time with the pretty new girl, Julie. But Jackson is supposed to be your boy friend! You...

A) Are totally suspicious.  You ask, "Why are you and Julie spending so much time together?
Do you not like me anymore?"

B) Don't say anything right away, but you can't help but wonder if something's going on. Later that night, you "Face-Book Stalk" Julie.

C) Don't think anything of it. You trust Jackson and if something's going on, he will tell you about it.

3) Stephan just dominated your team in two-hand-touch football. You...

A) Remind everyone about a time that you beat him at the school break-dance competition.

B) Give him a friendly handshake at the end of the match, but nothing more.

C) Let him know how impressed you were. Give him a high five, then brag about his linebacker skills in front his friends.


4) You just spent a fun afternoon with Preston, the super-cute boy you have a crush on. You spent the majority of the time talking about...

A) What's happening in your life. Your interests, hobbies and talents. You've gotta get him to like you, right?

B) Asked him a few questions about himself, just to show you were interested, but most of the conversation centered around you.

5) Josh just opened up and told you a totally big secret. You can't believe it! You're bursting with excitement! You...

A) Tell all your closest friends. This is juicy stuff!

B) Only tell your best friend, Lana. She has a right to know.

Mostly A's...
You probably enjoy teasing the boys you know. When we watch all the boys tease one another, it's easy to wanna join in on the fun. It's not like teasing actually effects them....right?

To a guy, getting slammed by a girl is different than messing around with their dude friends. It's not something they can shake off easily.

Guys look to the girls they know for respect and affirmation. Even though you mean no real harm, your words might be telling them a different story.

It's not like you're a mean girl, but you might have the tendency to say things that can be misunderstood in a boy's mind!

A girl who spills secrets, is overly suspicious, or constantly talks about herself isn't the kind of friend that guys are looking to confide in.

If you answered mostly A's...don't worry! By the time you finish reading, you'll have a much better understanding of how to be a safe friend to the boys you know!

Mostly B's....
You're probably a little confused about how to relate with the boys you know.

Sometimes, when you think you're saying the right thing, they totally freak out!

Why are boys so confusing?

It sounds like you're doing a good job with your guy friends...but wouldn't you like to learn how to do a great job?

Read on! And pretty soon you'll be the girl that all the guys wanna be friends with!

Mostly C's....
You must be listening to your mother's advice!

It sounds like you're a really great friend to the guys you know.

You're encouraging, friendly and never too pushy.

I can only say, keep on keep'n on girl!

Continue what you're doing to uplift the guys in your life and someday they just might thank you for it! Read on to learn how to become an even better friend.

Boy Advice: What In The World Is He Thinking?

Friendship is an amazing thing.

What a wonder that two completely different minds, personalities, and hearts can come together and learn to get along!

With friendships, we're always sending messages out to one another. It's easy for misunderstandings to occur...especially between boys and girls!

Because we, as girls, think completely different than guys do!

We don't know how to read minds, and sometimes the messages we send can get lost in translation.

Does it ever feel like you're trying to communicate with aliens, or like he's speaking a foreign language?

If we want to be good friends with boys we must master the art of learning to speak their language!

That way we can make sure we're sending the right messages and not the wrong ones.

I want you to forget for a moment everything you thought you knew about boys. What I'm about to say may rock your world...but I promise...I'm not making this stuff up! 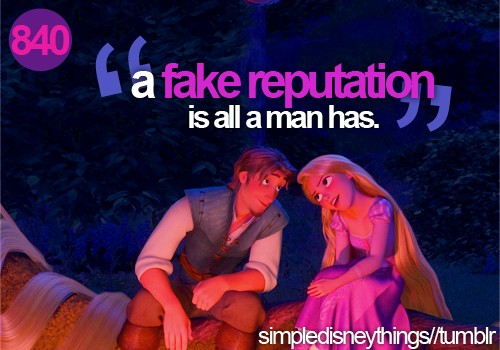 The newest Disney Prince to hit the fairytale books is the brave, confident, and cocky, Flynn Rider. (Disney's Tangled.)

It seems to me that a lot of guys act like Flynn. Tossing their "smolders" around, bragging about their achievements, walking in such a way that makes you think they're the King of the Jungle.

It's easy to look at these boys and think,

Wow. Someone's got an attitude problem...

Whenever a young man is walking around with that inferior, Captain-America-Super-Human attitude, it makes me want to roll my eyes and say something that will bring him back down to planet earth.

Why do boys have to act so full of themselves? It's so tempting to say something that will put him down in front of his friends.

But boys as aren't as rough-and-tough on the inside as they pretend to be.

Sure, they love dirt and motorbikes and wrestling. But most guys have a tender heart hidden somewhere beneath the callused exterior.

I'm not making this stuff up.

A guy said it.

And I quote;
"The male ego is the most fragile thing on the planet. Women have thought that he's got such a huge ego that I need to take him down a peg. No way. The male ego is incredibly fragile."

(A real quote from a real guy from the book For Young Women Only by Shaunti Felihahn and Lisa A. Rice)

Boys beat each other up, shove dirt down each others backs, and tease constantly. Boy's aren't really...sensitive? Are they?

In the words of the Famous Flynn himself;
"A fake reputation is all a man has."
(And if a Disney Prince said it, it's gotta be true! Right?)

Even Flynn, Mr. Confident, wasn't all guts and glory. He wasn't even using his real name.

All males have a natural-born desire inside to impress others. They desire to make their friends and families applaud, reassure and affirm that they're on the right track. It may sound like a shocking truth, but they're constantly looking to us girls for their approval.

They desire to conquer their little corner of the world, rescue the damsel in distress, and prove to the kingdom their depth of manhood and bravery.

But if they don't feel like they're doing a good job, it's easy for them to feel inadequate and insecure.

Every guy has the natural God-given desire to become a better version of themselves, change the world, and impress the girls while they're doing it.

This gives a lot of power to the Princesses watching on the sidelines.

We can either choose to build up our male friends and encourage their crazy conquests or discourage and roll our eyes at their pathetic attempts to be shining-knight-wannabe's dressed in tin-foil.

Are you beginning to realize what a huge role of importance you play in the lives of the boys around you?

He may act like a total weirdo, drive you nuts and bounce on your nerves like a trampoline... yet still desires and deserves one thing from you...respect.

He is a knight in training. And even though today he may act more like a frog then a prince, someday he's going to be someone's heroic king. He will become a man, and if you truly love your friends you want them to become the best versions of themselves, right?

It's easy to think that we shouldn't hand out respect and kindness until he proves that he is worthy of it. But he's human. He has the God-given potential to be amazing. He is trying just as hard to navigate his way through this crazy life as you are. Though failures may be often, it's important to give him grace. Unconditional respect is something that all guys deserve.

Remember:
"This gives a lot of power to the Princesses watching on the sidelines.
We can either choose to build up our male friends and encourage their crazy conquests, or discourage and roll our eyes at their pathetic attempts to be shining-knight-wannabe's dressed in tin-foil."

What are some practical ways to show respect?

1) Watch what you say.
Do you ever teasingly put a guy down in front of his friends?
Do you always try to one-up him whenever he starts bragging about his achievements, grades, or score board?
Do you sing the, "Anything you can do I can do better" song?

While they enjoy competitiveness among their dude friends, when a girl puts them down it's hard to get over it.

2) Complement him.
When he scores an epic goal, gets a fantastic grade, or fixes the virus on your computer, complement him! Let him know what he's good at. Complement him in front of his friends. Getting complements and affirmation from girls can sometimes mean the world.

3) Prove to him that you've got confidence in him.
Don't naturally assume the worst.

If you're working with him on a school project it would be easy to say, "Have you not started your half of the project yet?"

To a girl, it sounds like a proper way to phrase a question... but to a guy that could sound like you were doubting his abilities. He may get irritated or angry with you for checking up on him.

But if you ask, "How's the project coming along?" It would sound like you believed he was working on it, and chose to believe the best instead of the worst.

Think positively about him. If he does something questionable, ask him about it.

Don't act suspicious or nag him about what he should be doing. In a guys brain, it'll sound like you don't trust him and don't think he can handle his half of the project.

Here's a piece of advice that you can take with you everyday, with all your friendships and relationships.

Remember:
Whatever your mindset about a person, it will leak through your words and actions.

Always choose to believe the best about someone!

Boy Tip #1:
Complementing the guys in your life is important, but there's no need to go overboard here. A girl who is swooning about his muscles, raving over his shirt choice, and praising everything he does is overkill. You shouldn't make yourself appear desperate for his attention or overly interested. Just be nice. You can be nice, without being a ditsy Disney princess! 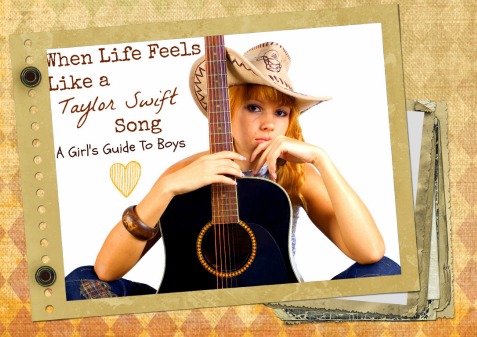 Grab our book on Amazon:
When Life Feels Like a Taylor Swift Song:
A Girls Guide to Boys! 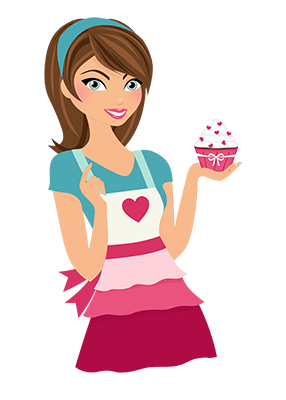