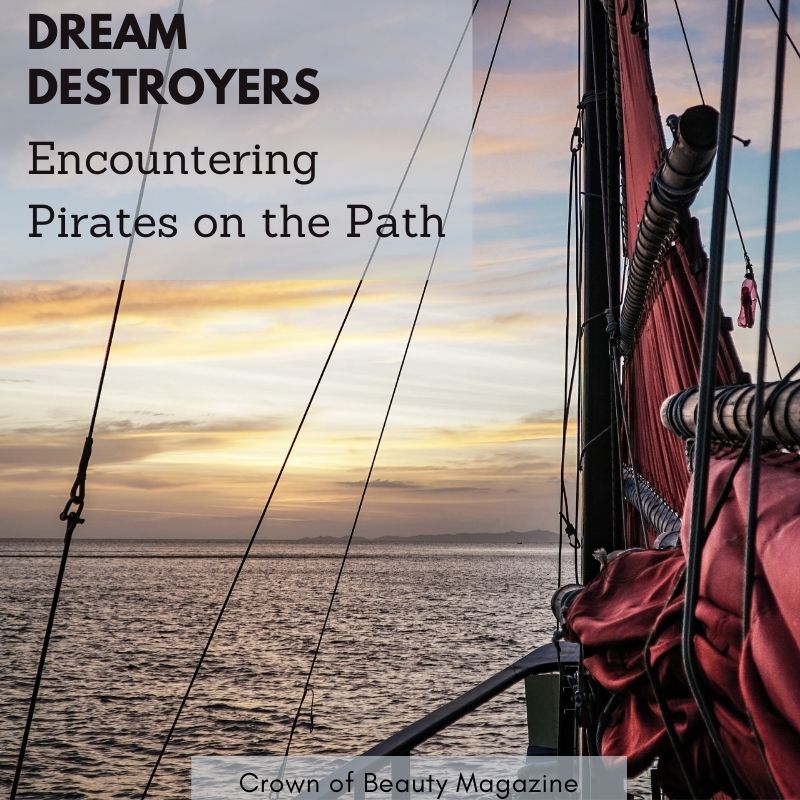 “Returning to Neverland and reclaiming our childhood dreams is a process that won’t go down without a fight.

Just when you think you’re ready to begin soaring, aiming for the second star to the right and straight on ‘til morning, you encounter an enemy.

(Too much to read, too little time?
Listen to the audio version of this post here!)

But the real-life enemy we're fighting is much more vicious than the cranky, fictional pirate that comes to mind when I mention the name, "Hook".

The enemy I'm referring to is sly and deceptive. Satan is a master of disguises. Hook has a plethora of ways he tries to come against our minds by literally hooking us with a lie, as he attempts defend the new ground we're taking for the Kingdom. 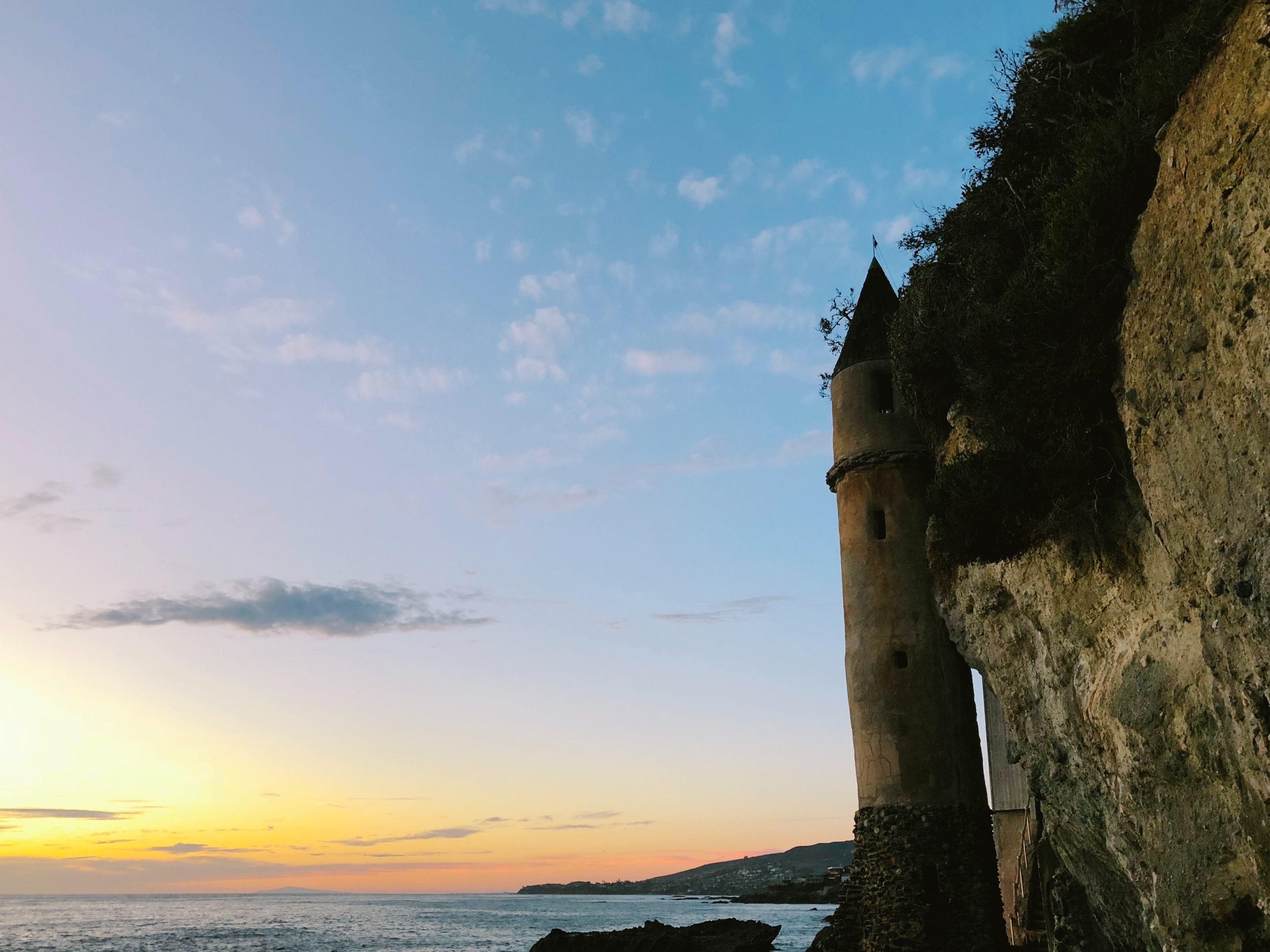 If we take a look in the book of Joshua, I find it so interesting how the Children of Israel faced many of the same mental battles we do  when it comes to moving forward, taking ground and pursuing our Neverland dreams!

So before we look at these cruel hooks and how we can overcome them, I think it’s important to remind ourselves WHY our childhood dreams are so vital.

Why are we pressing forward and taking new ground, in the first place?

If we don’t TRULY believe that God has placed Heavenly answers inside of us - that we're called to write, sing, act, dance, whatever it is - if we struggle to believe that this world NEEDS the unique expression of Christ in you to come forth in its fullness, then we’re going to have a hard time defending ourselves from Hooks mental attacks.

When his nasty, slithering words meet our ears, we may be tempted to give into the discouragement.

“It’s not worth it. This is too hard, too much of a sacrifice."

If we don't know WHY we're doing what we're doing, it will be so easy to agree with the lies, timidly fall back and say, “Oh yeah, I guess you’re right.”

BUT if we believe, deep in our core that God placed us on this planet for a divine purpose, then we will do everything within our power to partner with the plan of God and push forward, no matter what obstacles come our way. Look out Hook, because Peter Pan is taking back Neverland!

Friends, it is my prayer that God reveals to your heart just how needed you are in this world. There is a unique people group, or sphere of influence, that God has for you touch. We see this example in the Bible, over and over again, through the life of Joseph, Esther, Daniel, Isaiah, Jeramiah, Peter - everyone in the Bible had a purpose, and so do you. Jeremiah 29:11 reassures us of this truth.

As children of the Most High King, we get the distinct honor of seeking Him, asking, “Okay God, why did You place me on this planet? Who are the people you want me to touch, and what is the unique way that You want me to do this?” 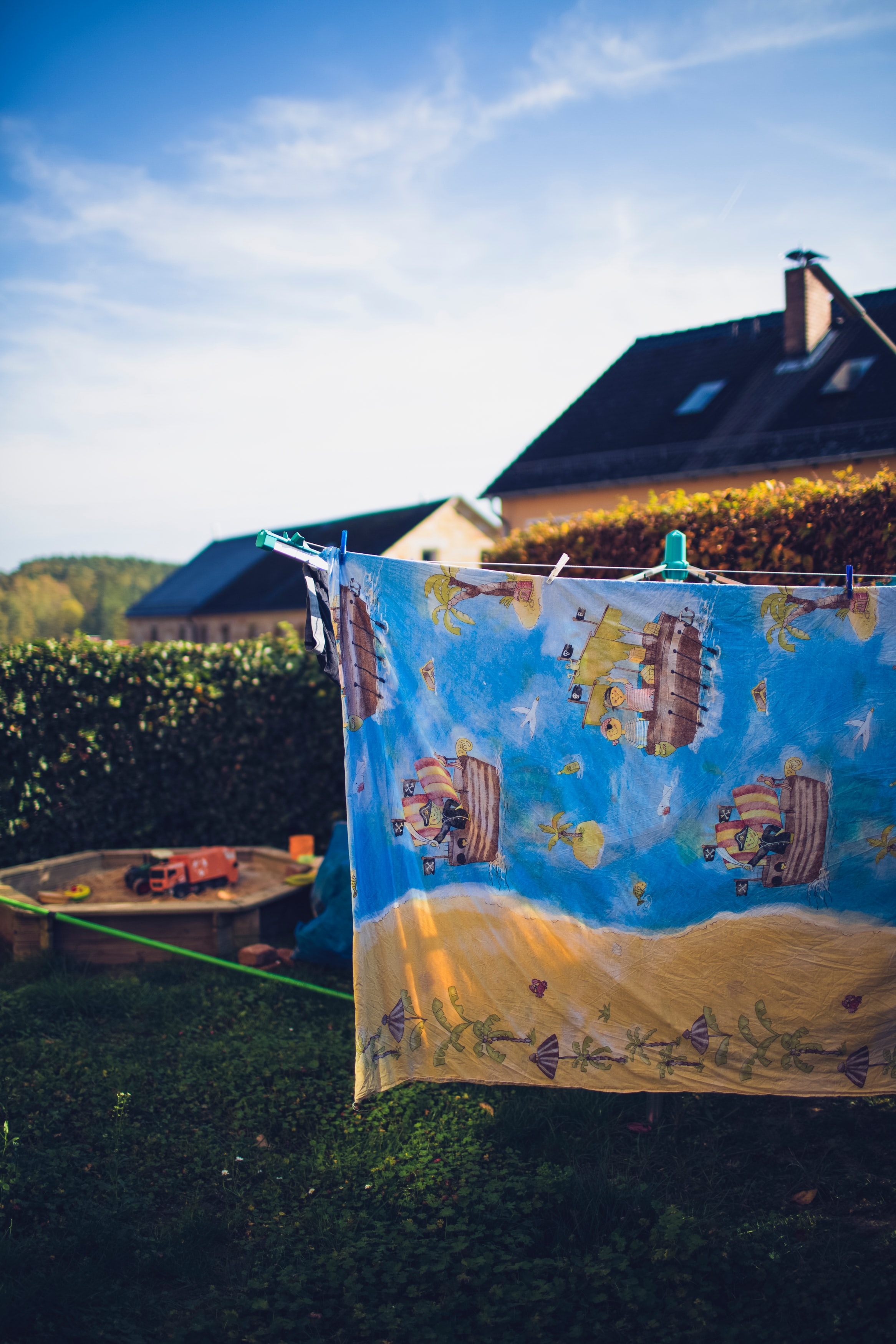 One of my favorite quotes: “God gives us a dream. And inside of it, He hides His dream” (Dutch Sheets).

That’s a wonderful question to ask, because it shows that you truly want to live a life pleasing to God! But we can’t stop with that question. We must continue seeking Him for the answers. I truly believe that God hides a part of His dream - His plan for our lives - inside of our interests and desires.

This is why we must have courage and faith to first of all embrace who God has made us to be, and thank Him for the unique hobbies and passions we have - then be bold enough to give ourselves permission to pursue these things.

As a recovering perfectionist, I relate SO hard with the struggle to “be on the right path” and only step out if I know 100% this is God’s will...but just like with Crown of Beauty, I had to take a step of faith, and as I took those steps, God directed me, day by day, inch by inch, slowly unfolding HIS dream in the midst of my own.

We’re called to have childlike faith, and that’s why I love correlating our dreams with the story of Peter Pan. Children view the world in wide-eyed wonder, and to believe that you can actually fly, requires a little dash of crazy, right? Well, read the Bible, and we find God asking His children to do crazy things ALL the time.

Peter Pan crowed like a rooster, danced on top of crocodiles, and battled Captain Hook with a grin on his face. I believe we can share in this childlike joy, as we confront each Hook of our own, facing down the pirates who are trying to steal what God has promised us.

Through my own experience, I’ve learned that there are 5 ways Hook tries to steal our dreams. And I would know. I lived it.

In today's post, we will be looking into those first 2 Dream Destroyers! 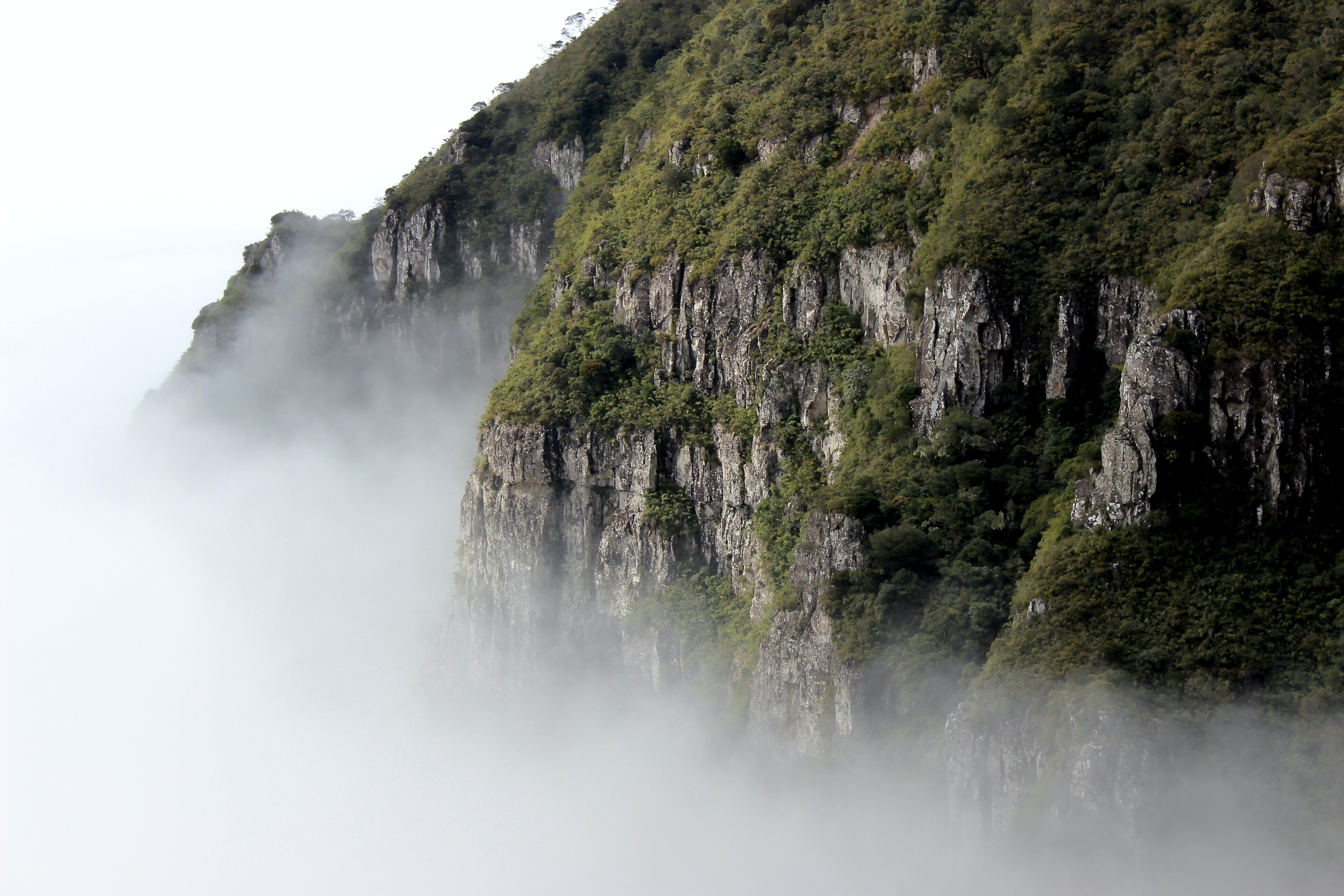 The first, most common attack from Hook, is FEAR.

Fear has may different shades of ugly, but the biggest one I've personally confronted in my own life is this: Worrying about what other people think.

We talked about this in my pilot episode of Dream to Destiny (you can go back and check that out if you’re new), but fear is both a liar, and a dream destroyer.

In Numbers 13 (I'd encourage you to grab your Bible and check out the passage!), we read about the 12 Spies that Moses sent to explore the Promised Land. God had told them to cross over and take back their Neverland - but the land was full of giants. Ten of the spies said, “We can’t attack these people! They’re too strong for us!”

But two of the spies, Joshua and Caleb we’re like, “Yo! This land is amazing! God has already promised it to us - we are more than able to take it!”

With two different reports about the same piece of real estate, the people of Israel had a choice to make. Tragically, they chose to listen to the voice of fear, rather than the voice of faith.

Joshua and Caleb sounded pretty crazy to all the rest...just like Peter Pan would when attacking one of Hook’s ships loaded with pirates!

But if we want to move forward and reclaim our Neverland, we have to decide whether we’re going to listen to the lies of fear, or partner with the truth of what God says. 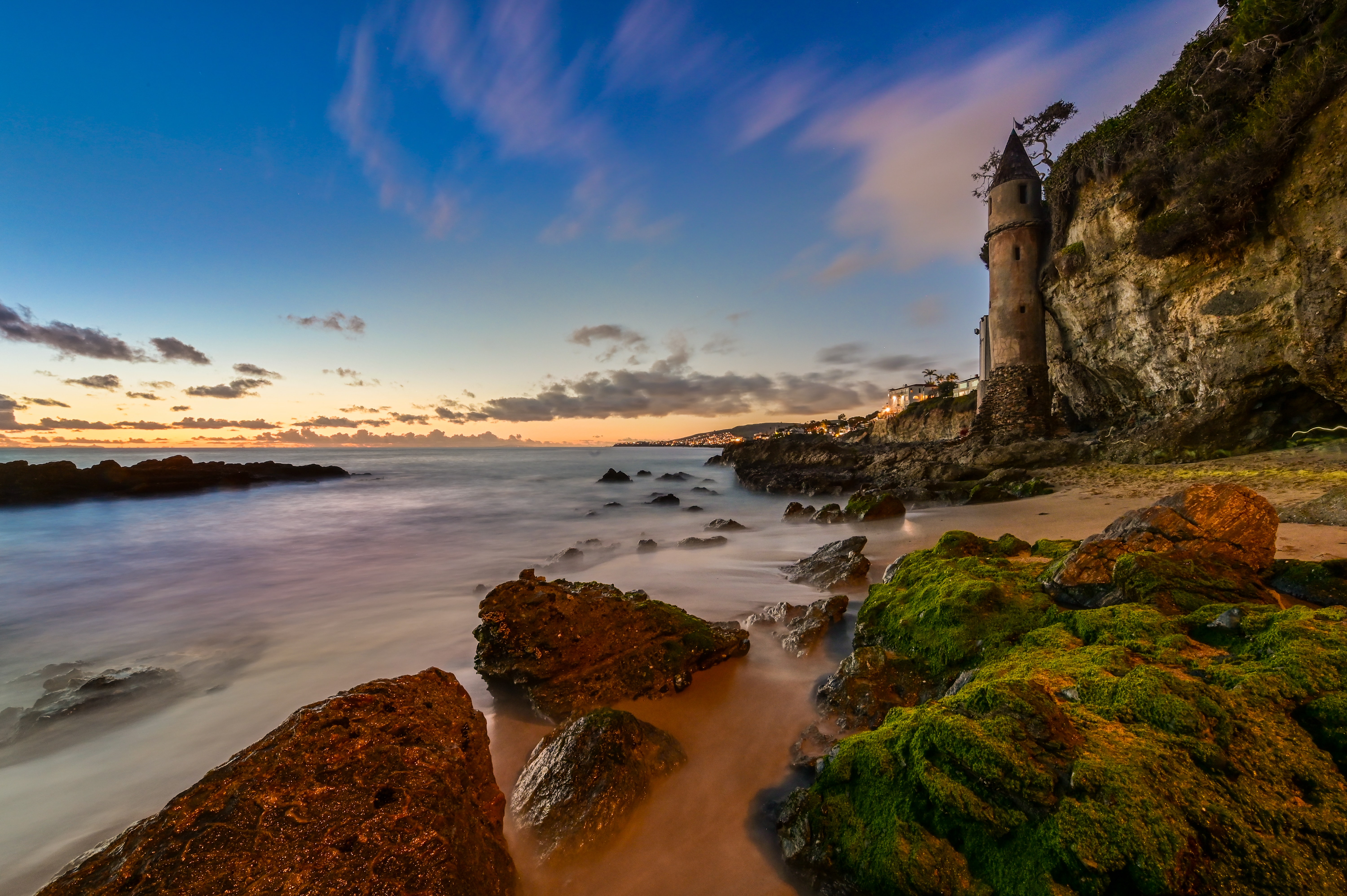 The second “Hook” I’ve encountered along my journey, is the world-shaking experience of having a personal crisis - AKA, a personal attack strait from the enemy himself.

I can’t tell you how many times this happened while working on Crown of Beauty, especially within the first year when I was the most vulnerable, and very susceptible to discouragement.

I was still fighting to get things established, and there were days that it was oh-so-tempting to throw in the towel.

Personal attacks. We’ve all had them. We’ve all walked through really, really hard things. Financial struggles, loneliness, rejection from friends or broken relationships, family issues, death...all of these trials can be super discouraging, and often come in direct opposition of your pursuit.

When Hook attacks us in this way, we have yet another choice to make. Are we going to hit the pause button and put everything on hold while we take time to ourselves and try to heal and recover from the injury - or are we going to keep pressing forward?

Now don’t get me wrong, there are absolutely moments in life where we need to step away from the daily grind.

Grief and heartbreaking trials can get really intense, so if you don’t feel like you’re in a good place mentally and emotionally, there is much wisdom in stepping back for a season and allowing yourself to heal.

But I think sometimes God asks us to keep pushing through.

I know if I would’ve stopped working on Crown of Beauty, and paused from building that vision every time something hard came up in my life - I would still be stuck at square one.

One of the biggest personal attacks of my entire life happened when I was in the throws of planning our first conference. And this was a huge project. I had speakers flying in from all over the country, I had a whole team of volunteers to coordinate, and this was my first ever event, so as you can imagine, I had no idea what I was doing! Haha!

I was already 100 % dependent on God for making this thing happen. He had to finance it, coordinate everything, give me favor with speakers, equip me with leadership skills, and then of course, draw people to come to the actual event once it happened! I had been working on it for months, and then boom: Hook showed up.

Now, in the natural realm of life, there wouldn’t have been anything wrong with canceling. Everyone would’ve understood, and we could’ve always pushed it back into the next year. But I knew, deep down, that this was a battle in the Spiritual realm.

We were on the verge of something amazing happening and if I didn’t keep moving forward, there were hearts that were going to miss out on miracles.

What I didn’t know, is that there was a miracle waiting for me, as well!

The Lord did so many beautiful things in the hearts of those who attended our first conference. It's so encouraging to reflect and look back on that challenging time in my life, because that was the conference where I met one of my closest friends. Little did I know, her partnership would bring me so much strength and joy for the seasons ahead!

I didn’t know that we were destined to take on Neverland together, and that we would battle this ugly shade of Hook, together.

Had I put on the breaks, shut everything down, and tried to heal on my own...I would’ve missed out on so, so much.

Friends, you NEVER know when your breakthrough is coming just around the corner! Each tiny action step of faith and obedience as you press through, day after day, is carrying you one step closer to your miracle! So don’t let personal crises' and attacks on all fronts stop you from moving toward the vision God has placed in your heart.

I pray this post has been an encouragement to you, and that no matter what kind of ugly Hook you're battling in this season, you determine NOT to give up!

Never forget that in the midst of your darkest and bloodiest battles, God is fighting for you!

come back for part 2, next week!

Make sure you're subscribed to our email updates, so you don't miss a thing! :) You'll be notified as soon as Part 2 is posted!

What did you think about today's post? Was it encouraging? Is there something we can be praying for you about? We love hearing from you! Drop us a line below, or Contact Us!