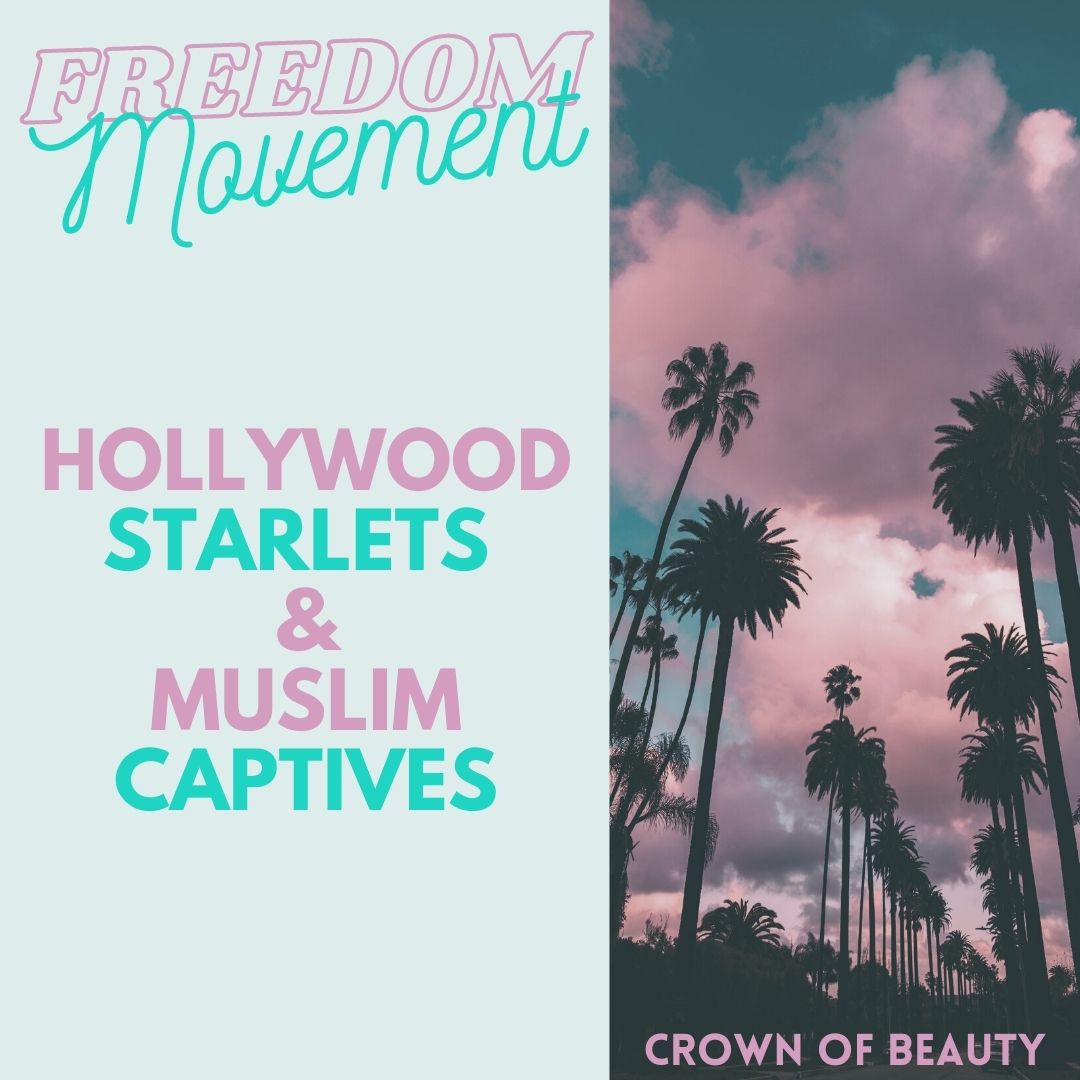 What do famous Hollywood Starlets and Muslim women have in common?

At first glance, it’s easy to think that these two glaringly different lifestyles couldn’t be more opposite from one another.

Yet there’s a connecting thread between these two vastly differing worlds, that we’re going to place under the microscope and examine a bit closer.

Exposure To The Enemy's Plot 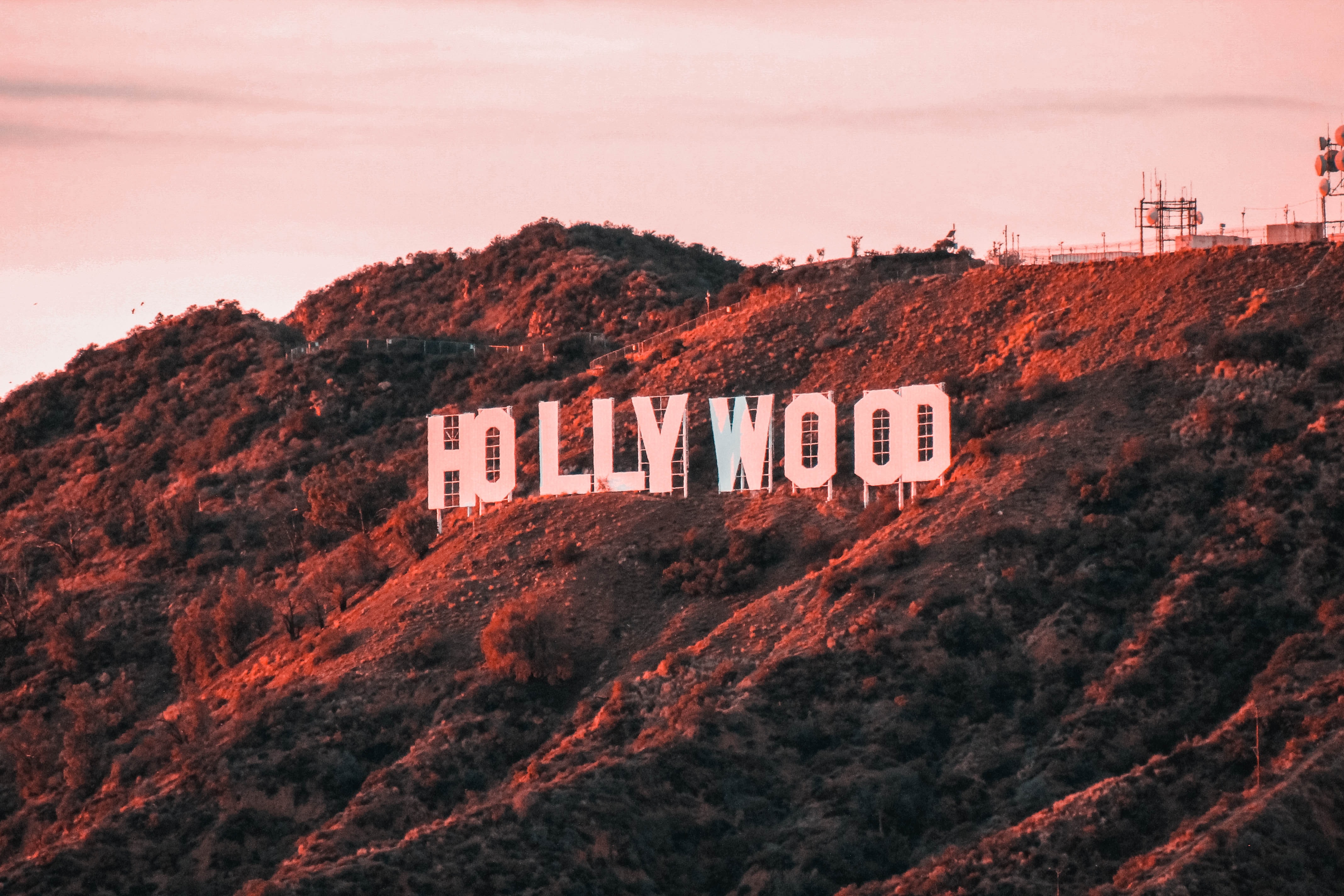 Hollywood is a Mission Field. We’ve all seen the bloody war the enemy plays on this field. We need not waste precious time rehearsing all the casualties, as fallen starlets seem to daily dominate the headlines. I’m sure a parade of names are already marching through your mind. I’m not here to give the enemy any glory – he’s not worth my breath.

But, I think it’s important for us to talk about what’s happening. Dark powers that have been at work behind the secretive entertainment industry’s “exclusive” curtain of “the rich and famous”, are beginning to be exposed. I’ve been praying for Hollywood since I was twelve years old. I’ve always carried such a passion and burden in my heart for the sphere of Arts and Entertainment, and those individuals who are cast onto the world stage, at such a young age.

Recent headlines highlighting the tragic captivity in which Brittany Spears (an American popstar) has been trapped in for decades, sent ricktor-waves of shock across the internet.

The 39-year-old placed a an emergency call to California police, to report an abusive Conservatorship (the appointment of a guardian by a court judge to manage the financial affairs and/or life choices of another human) set in place by her Father and management team. This legally binding Conservatorship had been dominating her life for years. In most situations, a Conservatorship is supposed to be a helpful tool: something set in place by the courts to protect individuals who are not mentally able to make important life decisions. But wielding this level of power into the hands of those with corrupt and self-centered motives, can go horribly wrong.

Reportedly, this isn’t the first time Brittany has tried to remove herself from these legal shackles, but her previous court cases have been in private. This time, she insisted everything go pubic. And the internet was outraged.

Why, you may ask? Because, during her hearing, it was revealed that those in charge of her Conservatorship refused to grant permission for her IDU (a form of birth control that must be inserted by a doctor) to be removed. Brittany wants the freedom to have more children, should she desire to do that. But her temporary sterilization does not give her the ability to do so.

As you can imagine, the Twitterverse was outraged. What kind of man has the power to determine whether or not a woman is free to have more children?! Passionate souls plastered their firey thoughts all over the internet, as the Pro-Choice frontliners made their thoughts heard loud and clear.

Abby Johnson, a former Planned Parenthood director who now runs And Then There Were None, (check out our interview with Abby here!), had a slightly different perspective to share.

“The fact that pro-choice people are up in arms about this is so disingenuous.
First, many women are forced or coerced into getting abortions every single day due to pressure from the baby’s father, their own family, or their abuser.
Second, thousands of women who have abortions are not told that infertility is a possible side effect of abortion if there is a complication, not to mention the long-term side effects of hormonal birth control. Informed consent is practically non-existent in the abortion industry.”

As this story broke, so did my heart.

Brittany is a gut-wrenching example of how the Entertainment Industry has been using and abusing their “Stars” for generations. A simple Google search into the life of Judy Garland (The Wizard of Oz), will reveal that this isn’t new news: these things have been happening for a long time!

And while it’s extremely hard to watch another human go through this, I can’t tell you how grateful I am that it’s gone public, and the enemy’s schemes are beginning to be EXPOSED.

I agree with Abby Johnson’s statement, that it seems quite hypocritical of Hollywood to use the hashtag #freebrittany while continuing to whole-heartedly embrace a woman’s “right to choose” the murder of their children, but what else would we expect? Those who are spiritually blind, simply don’t know what the truth is, and we can’t expect them to until Holy Spirit has touched their hearts and healed their blindness.

One of the reasons I believe this exposure is important, is because we as Christians are being invited into the story to PRAY. Not only can we pray for Brittany, Hollywood, and every heart unknowingly tied to a lie, we can speak up about what’s actually going on here.

We’re not dealing with a new enemy. What we’re seeing unfold in Hollywood is the same thing we find all the way back in Exodus chapter 1! 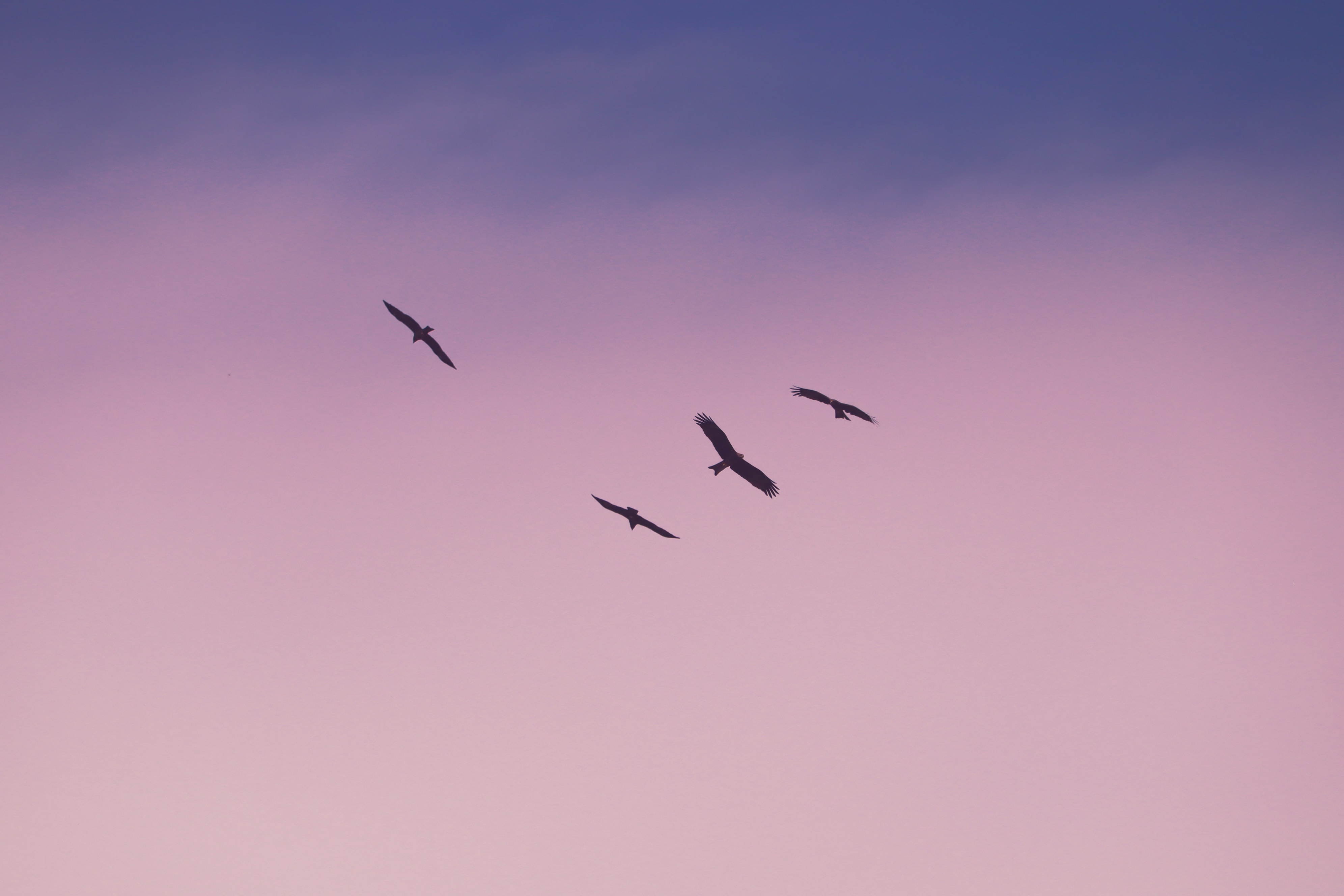 Birth control. It’s not a new phenomenon. Control comes from a place of fear. And fear is exactly what we saw in Pharaoh as the Children of Israel (God’s chosen people, descendants of Joseph) were blessed and multiplying like crazy in Egypt! Pharaoh tried several different tactics of oppression, but verse 12 says, “The more they afflicted them, the more they multiplied and grew. And they were in dread of the children of Israel.”

Dread breeds control. Control, bondage, chains, threats, limitations, fear-tactics, all these things are targeted at the people of God, because of the freedom they carry. Fear is the opposite of freedom.

And fear doesn’t like seeing God’s people be blessed and multiply in abundance!

It was fear that caused Pharaoh to implement his new “birth control” plan (what we would now call genocide), by commanding the killing of every male Hebrew boy.

We see this same fear ruling Hollywood, our Government, and many rulers of the earth.

Tragically, Abortion isn’t the only genocide we have on our hands right now.

Uyghur Muslim women in China are facing a similar battle to Brittany. They too are being subjected to forced IDU’s and sterilization. Researcher Ardian Zenz reported that the goal is to subject at least 80 percent of women of childbearing age in rural areas of Xinjiang to this kind of control. These devices can only be removed by “state-approved” doctors.

Sisters, we are in the midst of a war. Innocent women are being targeted. Whether they’re Hollywood starlets, or Muslim captives, they’re all being bombarded with that same nasty spirit of death, discouragement, and destruction.

So the question is, what are we going to do about it?

I don’t share these stories with you to bum you out – I share them to FIRE you up!

Because here’s the exciting part: we carry the answer! We have the keys of freedom for EVERY captive, whether she’s in Hollywood, your neighborhood, or Xinjiang.

We are women of LIFE, and we get to carry the truth with us, wherever we go, combatting and fighting against this destructive spirit of death! 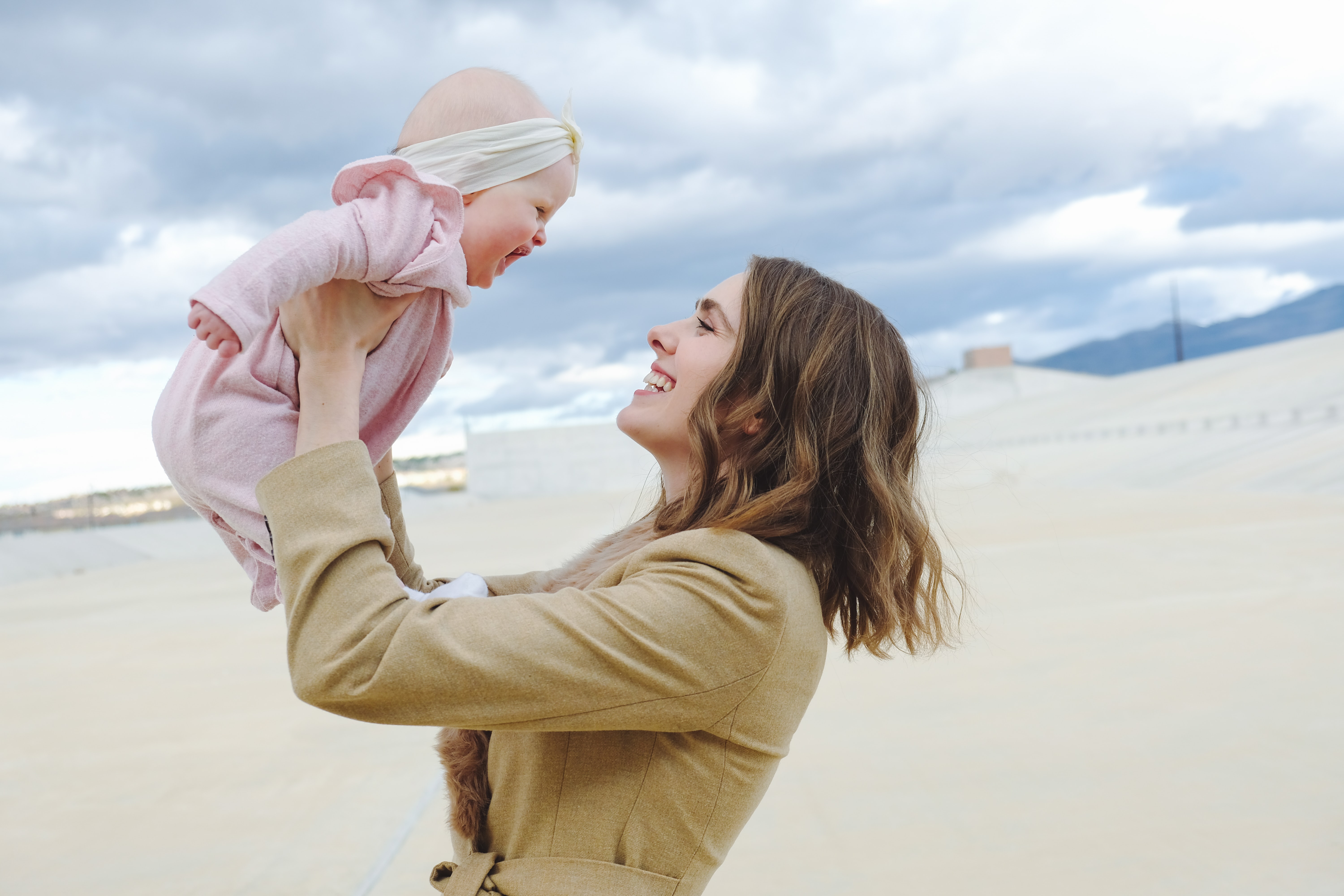 “Then the king of Egypt spoke to the Hebrew midwives, of whom the name of one was Shiphrah and the name of the other Puah; and he said,
‘When you do the duties of a midwife for the Hebrew women, and see them on the birthstools, if it is a son, then you shall kill him, but if it is a daughter she shall live.’
But the midwives feared God and did not do as the king of Egypt commanded them, but saved the male children alive.”
(Ex. 1:15-18)

I love these women. Shiphrah and Puah were so gutsy. They didn’t fear the command of man – they feared God! Vs 20 goes on to say,

“Therefore God dealt well with the midwives, and the people multiplied and grew very mighty.”

Isn’t that amazing!? God blessed these women for their bold faith! In a culture of death, they were determined to bring LIFE.

Here at Crown of Beauty, we are a pro-life magazine. Everything we do is done with the focus of bringing the LIFE of Jesus to our readers, and over the past year we were given the opportunity to partner with an amazing pro-life fashion line, which you can learn all about here!

These tiny steps that we’ve taken to make our voice heard, draw a line in the sand, and boldly proclaim what we believe, might not seem like much. But it’s making an impact. We're bringing just enough volume to the conversation to make Facebook and Instagram discourage the promotion of our posts. Our "likes" may be fading, but our courage has not! We continue to blaze forward in hope of reminding you that the daily, little choices that you make to bring LIFE to the people around you, matters.

While we may not be able to march into that courtroom and demand justice for Brittany Spears, or fly to China and provide a caravan of Muslim women a way of escape from the oppression they’re currently under, we can still do something.

Share this post. Write a story. Share your heart in a YouTube video. Write a letter to your congressmen about something you want to see change. Pray for your leaders. Lead a Bible study. Pray for your future children. Surrender your fear, and give God total control, in every area of your life.

I PROMISE, my friend, that each of those little acts of fearless faith, are a smack in the face to the enemy.

You too, are like the brave and kind Shiphrah and Puah, midwives of LIFE and TRUTH, determined to assist the women in their lives, and help them birth the new thing that God has placed in their hearts.

Let us be midwives of freedom.

For such a time as this..

The movement has begun.