My name is Holly August and I'm anorexic. After 7 years of starving myself and hating my body, my parents and boyfriend cornered me and did an intervention. They told me that I must attend counseling because I was slowly dying from the inside out; literally. After a month of arguing, denying, and saying "I'm fine", I gave in. I stopped starving myself and saw a counselor. Since then, my body has been clinging to everything I eat and storing it away. My thigh now (24in) is the size my waist was last year this time. My waist is now 34in. I went from weighing 125lbs soaking wet (which is super underweight for someone as tall as myself) to 170 pounds. I can no longer see my ribs, and my hip bones aren't jutting out.

This should be a good thing, but I can hardly stand to look at myself. I became desperate and all I wanted was to see myself looking picture perfect like I thought I was last year. Since I couldn't throw a pinch of fairy dust into the air singing "bibbity bobbity boo" and magically be skinny again, I downloaded a free trial of Photoshop. I then got on YouTube to find tutorials to teach me how to look magazine cover ready. I wanted to make myself appear to be 125lbs again. So I did, and below is the before and after. 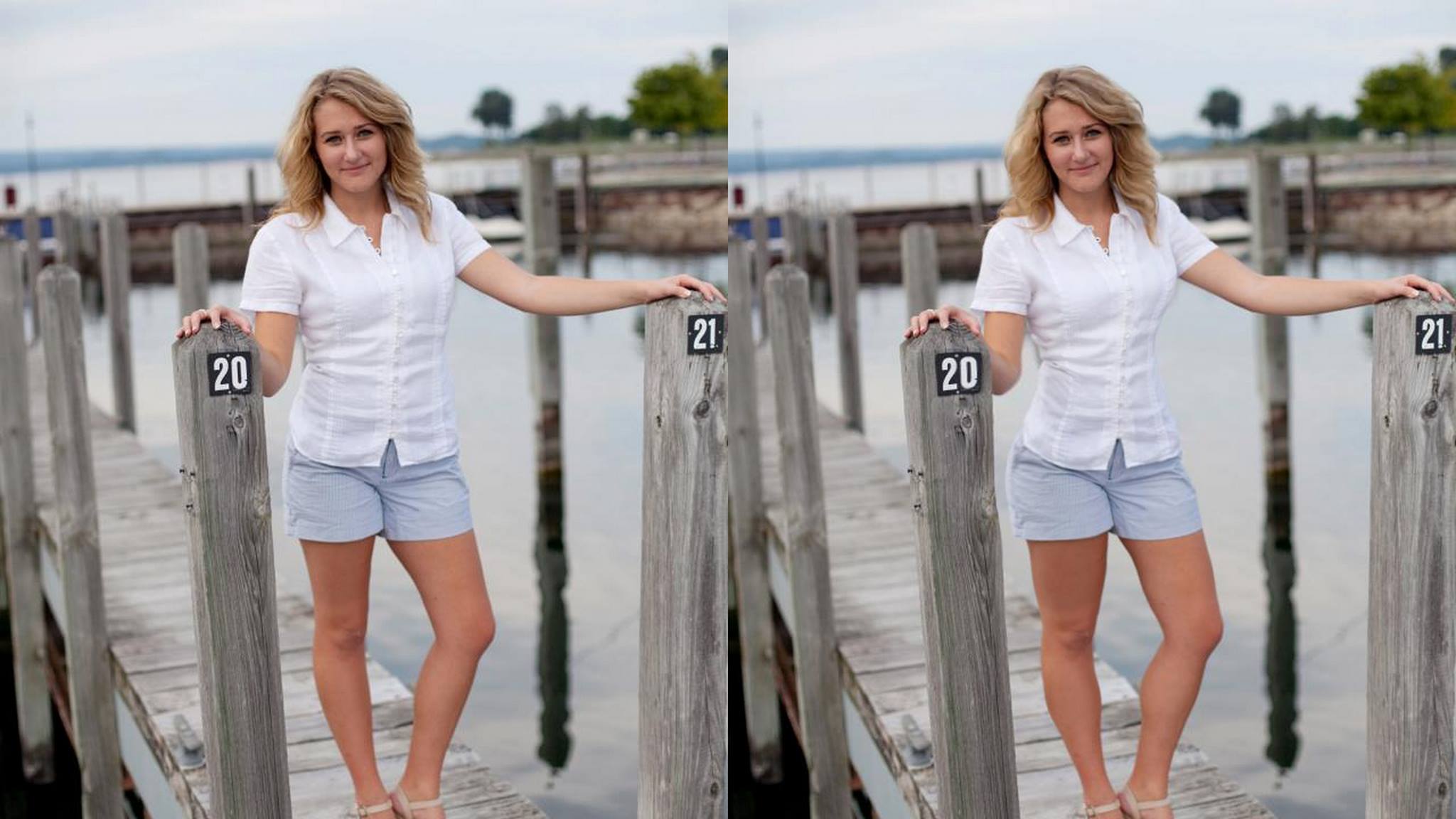 Just in case you didn't catch all the changes, besides trimming my waist significantly I thinned my arms, made my nose smaller, made my hair bigger, enlarged my chest a little, and made my legs more muscular.

Yes, I realize the "after" picture is a bit extreme, but I want all of us to know what we're up against. Photoshop is the weapon of Hollywood, to make Celebs look "hot" and make us wish we were them. I should be perfectly happy in my Jennifer Lawrence body, but yet I want to look like Kim Kardashian I know my boyfriend doesn't want to feel like he's going to break me every time he hugs me, but I'm fighting myself. It's a long road, friends. And what you do to your body and how you look at yourself doesn't just effect you. It effects your family, friends, boyfriend, and younger girls who look up to you.

As a musician, the last thing I want girls to think when they see me on stage is, "She's so pretty, I'm going to deny my body what it needs so I can be at an unhealthy weight too." (Okay, sorry, my sarcasm came out a bit there, but you get it.) Point is, I have a lot of girls looking at me, watching what I do. Obviously I'm not going to deny that I have a huge problem with self image, but I don't want to portray an image of "I'd rather starve to be skinny than have healthy babies". I want to portray an image of a peaceful woman who loves the skin she's in and rocks what she's got.

Be the Jennifer Lawrence you want to see in the world. 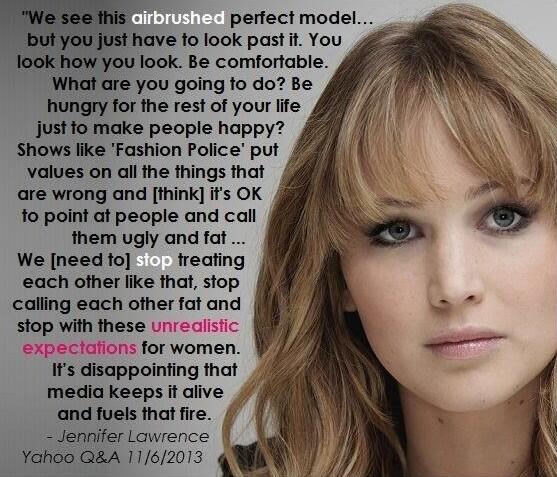 If you're struggling with an eating disorder...

or don't like the way you look, it's important to talk to someone about it. Take Holly's example, be brave, and turn to your family, and the Lord for help. You won't be stuck in this place forever. There is so much hope!

Draw Courage From These Stories...