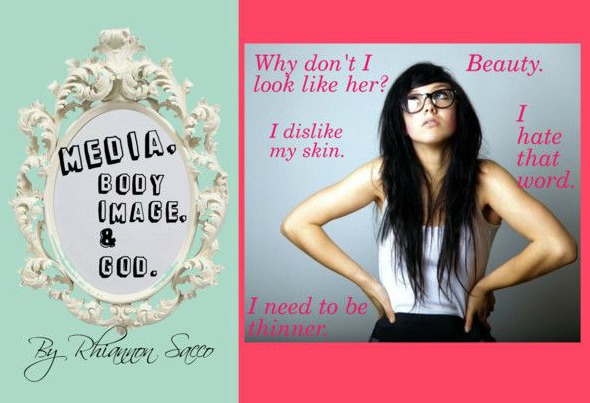 I’m going to begin by aging myself and shocking most of today’s teens. I was fourteen years old when my family got the internet. It was not high speed digital internet either. It was a dial-up connection that required sacrificing the use of your phone. No, not your cell phone, those weren’t small enough to fit into your pocket yet.

To those who are shocked, close your mouths, I’m not lying. To those of you who are laughing at my technology deficient childhood, take a breath and listen.

Teens struggle with the same issues today as in the Stone Age when I was a teen. One major struggle I still see young women dealing with are body image issues. The debate is still on about how much blame belongs to the media.

What does that have to do with the internet? When I was a teen, media existed in the form of the newspapers, magazines, and television – yes! I had color television.

Now media includes the internet and with smart phones and Wi-Fi connections everywhere, you are really never disconnected.

According to WebMD the average teenage girl gets 180 minutes of media exposure daily while only about 10 minutes of parental interactions (Elizabeth Heubeck).

As the mother of a preschooler it is hard to accept that eventually I won’t be the biggest role model in her life.

Teens are bombarded daily with images of super thin celebrities. These become the new role models. Media then comments on their beauty, and girls are comparing themselves to society’s standard of beauty. Girls are left feeling that they should look like the celebrities if they want to have any chance of getting a boys attention.

I’m not going to talk about the boys, but the images and the reactions to these celebrity images can have a huge impact on how a girl views herself. 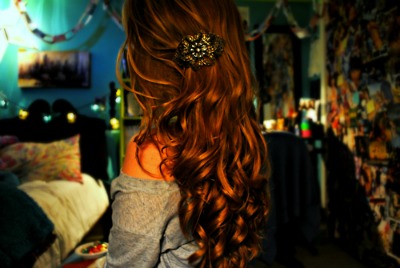 A Kaiser Foundation study by Nancy Signorielli found that 1 in 3 articles in teen girl magazines focus on appearance, and that beauty is used to sell most products geared at teens (Teen Health and the Media).


Here are some facts for you:

Media, primarily the internet, has opened young girls up to a very damaging form of bullying. Many might see it as a harmless game but for those “voted out” it can rip away at their confidence. This new form of bullying is the “beauty contests” that are popping up on Instagram.

What they do is take pictures of four girls and ask people to comment on the beauty of the four girls. The person with the most negative remarks gets “X”-d out and the process is repeated until the “most beautiful” by the standards of social media remarks is left without an X.

How bad must this make the girls feel who see the X over their face? How bad would you feel if your face was under one of the X-s?

Here is something I want all you girls to understand:

Your beauty is not defined by that of another's!

Do you know who defines your beauty? Your beauty is defined by the one who created you. God has a lot to say about your beauty.

Psalm 139:14 says “I praise you because I am fearfully and wonderfully made; your works are wonderful, I know that full well.”

Girls, do you see that? Everything in creation was good until he made man and woman in his image (Genesis 30:27), and then it was very good.

Do you see a pattern there? In fact, the only thing in the entire account of creation that wasn’t seen as good was when God saw that man had no equal among his creation and that it is not good for man to be alone (Genesis 2:18)[emphasis mine]. He fixed that by making a woman! After God made woman to be with man as his helper and companion; He surveyed his whole creation and had one last thought.

God also knows us intimately. He took great care in the creation of each of us.

No one in your life, not your mom, dad, brother, sister, one day husband, or even yourself will ever know every aspect of your body. You will never know the number of hairs on your head. Every hair, freckle, and imperfection was strategically placed by our creator. And He did so for a reason.

1 Corinthians 6:19-20 says “Do you not know that your bodies are temples of the Holy Spirit, who is in you, whom you have received from God? You are not your own; you were bought at a price. Therefore honor God with your bodies.”

Did you catch that last part?

Therefore honor God with your bodies.

We were not made merely for God’s enjoyment. We are not his “toys”. As believers we are grafted into the family tree, and we are his children, heirs with Jesus to the kingdom of heaven. We are princesses, but we also have a purpose. We were created to worship, and honor, and glorify God with our live and with our bodies.

Take care of God’s temple (your body), treat it with respect. Don’t judge it based on the body given by God to someone else. You are who you are, body and personality in tandem for a reason and purpose known only to God.

Love yourself. Love your body. Honor yourself as a child of God and disregard the judgments of this world.

When I consider your heavens,
the work of your fingers,
the moon and the stars,
which you have set in place,
what is mankind that you are mindful of them,
human beings that you care for them?

You have made them a little lower than the angels
and crowned them with glory and honor.