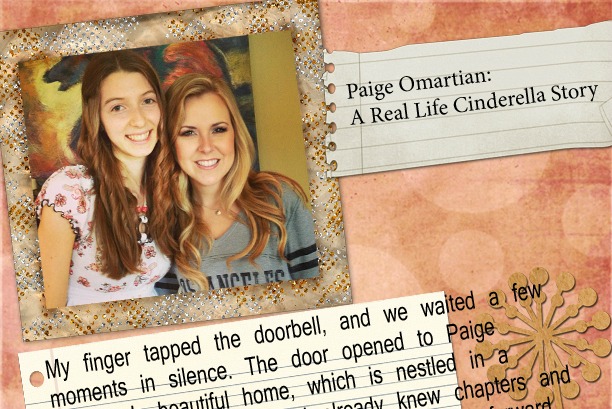 Meet Paige Omartian. She has many titles. Talented author, inspirational speaker, recording artist, cancer survivor, and Princess of the King of Kings.

I was so blessed to have the opportunity to sit down and talk with her. Check out our full 30 minute interview, then read on and get to know even more about Paige and her Cinderella story!

My finger tapped the doorbell, and we waited a few moments in silence. The door opened to Paige Omartian's beautiful home, which is nestled in a trendy Nashville suburb. I already knew chapters and lines from Paige's life story. I was looking forward to taking the hodgepodge of bits and pieces of information, and craft them into something beautiful for our readers. As creator of Crown of Beauty Magazine, I felt honored to spend an afternoon with someone I viewed as an inspiration for so many girls. I couldn't wait to meet Paige.

Right on time, Paige came floating down the staircase. Her petite frame and blonde locks reminded me of a Disney Princess. I smiled at Paige. She was living her dreams. Just like Cinderella, she had reached a Happily Ever After, and fiery trials proved her faith to be as priceless gold.

Paige was small, but there was nothing small about her spirit, mission, and desire to change this world. I couldn't wait to sit down and talk with her about her Cinderella story.

I use the example of Cinderella, because the name means “girl by the cinders.”

As we talked, Paige openly shared her heart. She knows what it's like to sit hopelessly by the fire of trial and pain, flames ebbing away at your very life. She knows what it's like to endure a nightmare, then suddenly find yourself transplanted into a daydream. Paige's pumpkin turned into a horse drawn carriage, as God used the very thing the enemy meant for evil, to carry her to the fairytale ball.

After spending an uplifting afternoon with this princess, I felt wealthy and blessed to have the honor of hearing golden words from the treasure chest of her heart.

You can do the same when you read Wake Up Generation. Paige's first lines captured my imagination and tossed me back into earlier, carefree days. I could see the regal red drapes, hanging on either side of the wooden stage. As soon as Paige mentioned the word “theater,” memories arose. Probably because I had spent many hours in a familiar setting, it was easy for me to imagine myself as Paige.

Paige's 11-year-old self became instantly relatable. But then her loveable life took a dramatic turn for the worst. Dark words like cancer, needles and sterile hospital air, choked me as I read. Lost in her easy-to-read, first-hand account, I shuddered at the dread of losing my hair, my friends, my freedom and my hope. I closed her book and gulped for air. Sometimes my imagination gets the best of me...I didn't want to imagine myself as a bald prisoner to death any longer.

Thankfully, I knew that Paige's story had a happy ending, so I continued. My favorite part was the climax. Everything appeared hopeless as death inched too close for comfort. Paige was wheeled into surgery. The comforting scripture verses that had been memorized, spoken, and prayed over Paige, suddenly came alive. The Word became flesh. Jesus Himself carried Paige with an out-of-this-world, radical, soul-soothing peace that cannot be explained by man. The hero rushed in...not to remove her from the tubes and IV’s, but to carry her.

Paige's journey to recovery was still long and most definitely uphill. But now she knew who held her with strong arms and laughed every time she played pranks on the nursing staff. God led her all the way out of the hospital ward, into the school hallways, and onto the world stage.

All along, God had a plan for his chosen Cinderella. He transformed the ashes into roses, and her most fragile tears into diamonds. During our interview, I asked Paige who her favorite Disney Princess was, and why.

Cinderella. Paige loved the justification of Cinderellas story. She was encouraged by how God took something terrible, and worked it out for good in Cinderella's life. The Lord desires to do the same with each of us, for all His Cinderella's who are sitting by the ashes.

As heartwarming and inspirational as Paige's story is, she would never want this to be about her. In Wake Up Generation, she makes it clear that we each have a story. Her words are loaded with a strong sense of urgency that gallops off the pages. She warns us that life is short, boredom is deadly, and dreams were planted inside us so they could be fulfilled. Not ignored.

If Paige is a Princess, she is a Princess in combat boots. This Cinderella spent too much time on her death bed to sit around and watch people waste their lives. She cannot keep quiet about it. She may have reached a “Happily Ever After” in some areas of her life, but her mission is not complete.

What is the purpose of being a Princess and Queen in the Kingdom of God?

It is to bring the Kingdom of Heaven to Earth, and set our fellow citizens free from captivity.

If Paige is Cinderella, she is troubled by all the Sleeping Beauties. As her generation is sung to slumber by a drudge song called “apathy,” Paige grabs her blow horn and echoes God's message, “Wake up!”

It's time for us to arise and use the gifts we've been given. She's rallying her fellow princesses to quit comparing ourselves with others, and use our weapons of unique individuality. Paige wants us to know that we've each been given a vital role to play.

In Wake Up Generation, she tells us other stories. Stories of human trafficking, gang life, poverty, child soldiers, lies about beauty, the persecuted church, and kids with cancer. She dares us not to close our eyes to the ugly face of pain and suffering, but rather make ourselves available to the Lord, so He can use us to change our little corner of the world.

Paige makes it clear: Dreams were given to us not so we can cower in fear, but so we can change this world. Thankfully, she doesn't leave us hanging. Practicing what she preaches in Wake Up Generation, she guides us along with practical application and real life ideas.

Your fairytale dreams were not meant to be lived out by someone else. Sister, they were created for YOU. Wouldn't you like to see your story unfold? Ask the Lord to perfect His work in you, purify the areas that need to be burned away, and redeem things that have been consumed by fire in your life. He can bring life to the most desolate places of your soul. God desires to heal, awaken, illuminate, and ignite your heart.

Hand the pen of control over your life to the Master Author, and be amazed as he writes your very own Cinderella story. 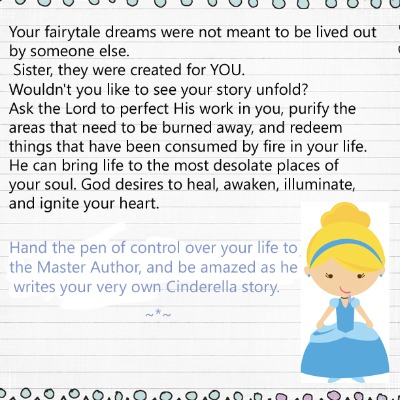 Sign up below to make sure that you're the first to know when new videos and articles are released at Crown of Beauty Magazine! 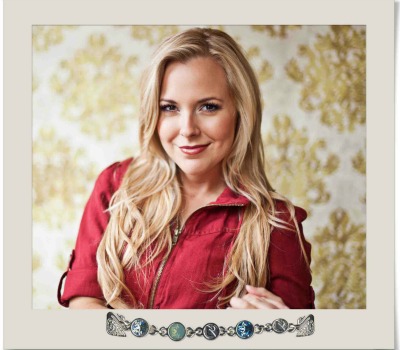