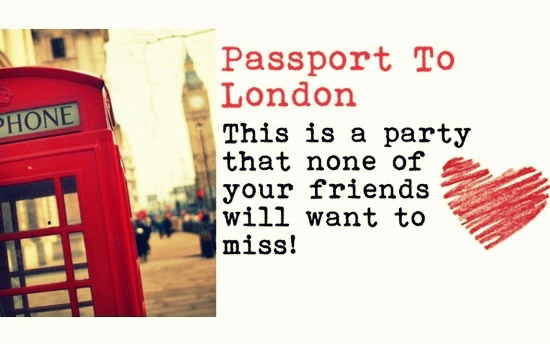 Are you staying home this year for spring break?

Why not send all your friends passports and transport them to London?

Home of the iconic Big Ben, the Queen of England, afternoon tea times, and One Direction. Host a magical party that none of your friends will want to miss!

Passport To London: The Invitations 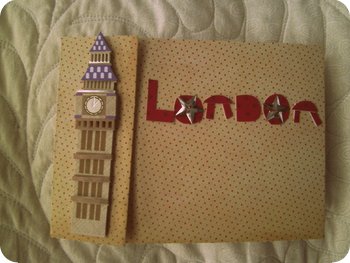 What could be more darling than a home-made invitation with Big Ben proclaiming, "It's party time!"?
These simple DIY invitations are perfect for your British bash!

I found the perfect hodgepodge at my local JoAnn's Craft Store. I added silver glue-on stars for extra sparkle!

My Big Ben invite opens like a story book, inviting my gal-pals to this regal event. 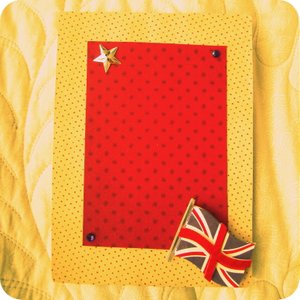 My Passport invitation above is easier to make. A simple rectangle, layered with a smaller rectangle of another color, creates a fun contrast. The flag sticker adds a dash of London style! 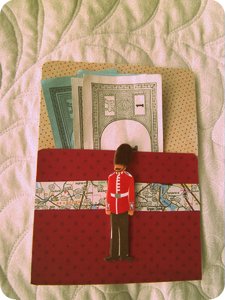 Welcome your world travelers by giving them a passport to keep their travel money in. (DIY!)
They will use their passports to collect Monopoly money for each game won. At the end of the party, tourists cash their money in for souvenirs (aka, party favors!)


Passport To London: The Activities

London is all about fashion! Use your city smarts to design something runway worthy!
Do you have what it takes to become London's next big fashion designer?

Divide into two teams (or more, depending on how big your party is. I had two teams with about four girls each).

Give each team a roll of Duck Tape, and a good supply of newspapers.

Each team will have to choose a girl to be their model.

Once you've decided who are going to be the models, you're ready to start designing!

Set a time limit (maybe 30 minutes), and then each team starts designing a dress on their model, completely made out of Newspapers and Duck Tape.

Once finished, choose someone to be the judge (maybe your mom or older sister), and they'll choose which dress they like best.

A fun alternative to newspaper would be tons of different colors of tissue paper!

Divide the girls into pairs and have them decide who will give the makeover and who will receive it.

Blindfold the makeover giver and put all makeup items in front of them.

The makeover giver must do her best to put makeup on the receiver with absolutely no guidance from her.

Give the teams about 10-20 minutes and then judge who did the best job.

If you want, you can have the teams switch and let the receiver become the giver.

Revenge can be sweet if they didn’t like their blind makeover!

Passport To London: The Games

King Henry and His Wives (A Winking Game)
Have all guests sit in a circle on the floor. Ask a parent or older sibling to hold the "royal dime." Then have all guests close their eyes and place their hands behind their backs. Your parent will slip the royal dime into someone's hand, without anyone seeing.

The girl who holds the dime is now King Henry! The King holds all the power in this royal court. King Henry's job is to quietly kill each of his wives. His weapon? Winking!

The object of the game? To find out who the King is!

If a girl thinks she knows who the King is, she must point to that person and say,
"Are you the King?"

If he is not the king, and the girl guessed wrong, then she must "die" or be out.

If someone correctly chooses who the king is...she is the winner!

Telephone Booth
The object of this game is simple. It's just like traditional Telephone but with a twist...everyone must speak with a British accent!

If you've never played Telephone, the concept is simple. Have girl number one whisper a long sentence into the ear of girl number two. Girl number two then whispers it to number three, then three to four, and so on and so on. The last girl to hear the secret must say the sentence out loud.
You'll be surprised at how much it has changed!


Shakespeare Charades
Play a round of charades in honor of perhaps one of the most dramatic English playwrite to ever live....Shakespeare!

Passport To London: The Tea Snacks

Pinkies Up While Drinking Tea!
Serve all your guests afternoon tea. Remind them to keep their pinkies-up, to use their manners and to speak with a British accent! Or else they might be fined some of their Monopoly money by the Queen!
Let your friends know the rules ahead of time, such as "No Elbows on the Table." Anyone who catches another breaking the rules throughout the party is entitled to pay the other!

Royal Puppy Chow
What to eat with your tea? Check out this epic recipe submitted by Michaela! These sugary finger snacks will keep girls coming back for more!

Place the 9 cups of Crispix cereal in a very large bowl. Pour the peanut butter-chocolate mixture over the cereal and toss evenly, making sure all the cereal gets a good covering.

Place the powdered sugar in a large zip-lock type plastic bag. Add the peanut butter-chocolate cereal mixture to the bag, leaving enough room for the puppy chow to be shaken (you may have to divide the mixture into smaller batches, coating one batch at a time).
Shake the bag vigorously to evenly coat each piece of the puppy chow with powdered sugar.

Once the mixture is fully coated, place in a large serving bowl.

Passport To London: The Fun Extras

Planning on turning your event into a sleepover? Here are some fun extra ideas to make your party super-calla-fragilistic-expelidocious!

-Watch everyone's favorite English nanny in Mary Poppins! Or enjoy a chick-flick like Pride and Prejudice. Don't forget favorite Disney classics like Peter Pan and One Hundred and One Dalmatians!

-Listen to some of the U.K's best boy bands! The Beetles and One Direction? Hey, why not?!

Michaela suggests that, at parties it's nice to have a large assortment of finger foods, so you can just snack around all night. Here's her list of top ten favorite royal finger foods: