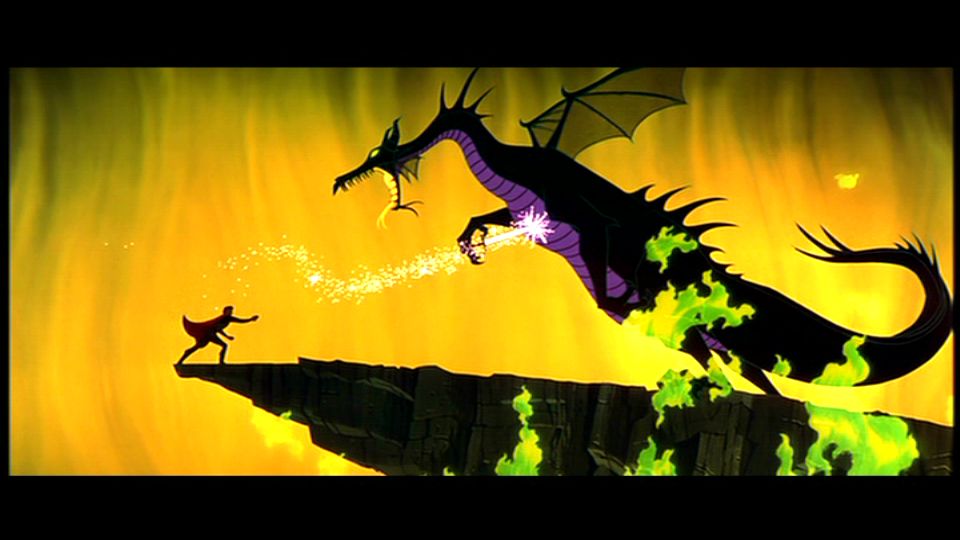 About a month ago, I watched Sleeping Beauty for the first time in years, and it sparked some interesting ideas.

Let's talk about Phillip for a second. He just glows with righteousness. Consider the fact that the fairies actually give him what they call the “Shield of Virtue” and the “Sword of Truth,” which he uses not only to fight for his girl, but for the kingdom as well. Phillip not only radiates righteousness like a man of God, but in a way, his actions also reflect Christ.

But this isn't just about the fact that Sleeping Beauty can be seen as an allegory for Christ and the world. I also want to suggest to you that maybe there are men out there—like Phillip, reflections of Christ—who will someday fight for you. You deserve nothing less than a champion who will slay as many dragons as he has to, in order to resuce you from your tower. It sounds old-fashioned, I know, but it's incredibly true. There's something in our hearts that desires that; not because we're weak or helpless, but because we want to know that we're worth fighting for.   Please don't misunderstand me—I'm not trying to encourage you to expect perfection from your future prince. That's not possible. But, because you are a princess, I think it's entirely reasonable that you look for a prince. The only perfect Prince, of course, is Christ. He is the ultimate Prince of Peace and Savior of the World, and no mortal man is ever going to be able to compare to that. But here's the good news: That Prince has already saved you and is waiting for you to give him your heart (if you haven't already), and someday, you're going to get to spend eternity by his side in a castle more glorious than any you could imagine. The other good news is this: true men of God can (and should) reflect the nature and actions of Christ. Let me tell you a secret: I don't admire Prince Phillip, and I don't gush about Mr. Darcy or swoon over Aragorn because they're handsome, morally flawless or men idealized by wishful thinking of the female brain. I want a Mr. Darcy, a Prince Phillip, because they resemble my Savior.

Think about this: Let's say we (the earth as a whole, but especially us as individual women) were like Aurora. Just say that maybe some evil power had cast a spell on us (like Maleficent, for example: "Now, shall you deal with me, O Prince, and all the powers of hell!”) —that maybe we touched something we weren't supposed to touch (we're most certainly not perfect, either) and fell into a deep, shadowy slumber. And then let's say there was also a prince, like Phillip. And maybe that Prince was determined to save the love of his life, his true bride, however lost she was. So he jumped unhesitatingly, courageously, mightily into the fray. Maybe the righteousness of that Prince conquered the powers of evil, and with his kiss, he woke his bride up again; let the light back into her eyes and slashed away the thorns that were encroaching on her heart.

Do you understand what I'm getting at? Doesn't it make your heart thrill? Christ is our prince, and he did exactly that for us.

In this lifetime, I'm never going to see Jesus Christ face to face. I won't get to speak with him and actually see him and hear him until I get to that eternal kingdom someday. Until then, however, I can look at the children of God in the world around me, and I can see reflections of His face and hear echoes of His voice in them. That's one of the most wonderful things about the body of Christ—we all get to be little, fragmented glimpses of Heaven or scraps of conversation from the throne room of God for our fellow Christians.

And that's also what 'true love' and marriage according to God's plan are about. They're a representation of the relationship between Christ and His church; His bride. Every marriage or relationship that's leading towards marriage is supposed to be just that—which means that you are definitely a Princess, and that your future husband should most definitely be a Prince.

So guess what, girls? You know how you've always wanted to be a Disney Princess in a fairytale? Well, you're going to get something even better—You're a Princess of God in reality, and right this minute God's picking out the perfect guy to be your leading man.

Noelle Hilpert is a college sophomore at Murray State University in Kentucky. She was home schooled up until college and is a pastor's kid. When she was eight years old, she decided that she wanted to be a writer, and has been penning stories, poems, and occasionally songs ever since, all which led to a major in Creative Writing. She loves girly things like Disney and Taylor Swift, but is also a lit nerd and has a slight (by which huge is meant) obsession with science fiction and British television. Most importantly, she is a Daughter of the King, who hopes to help others come into their inheritance as the children of God