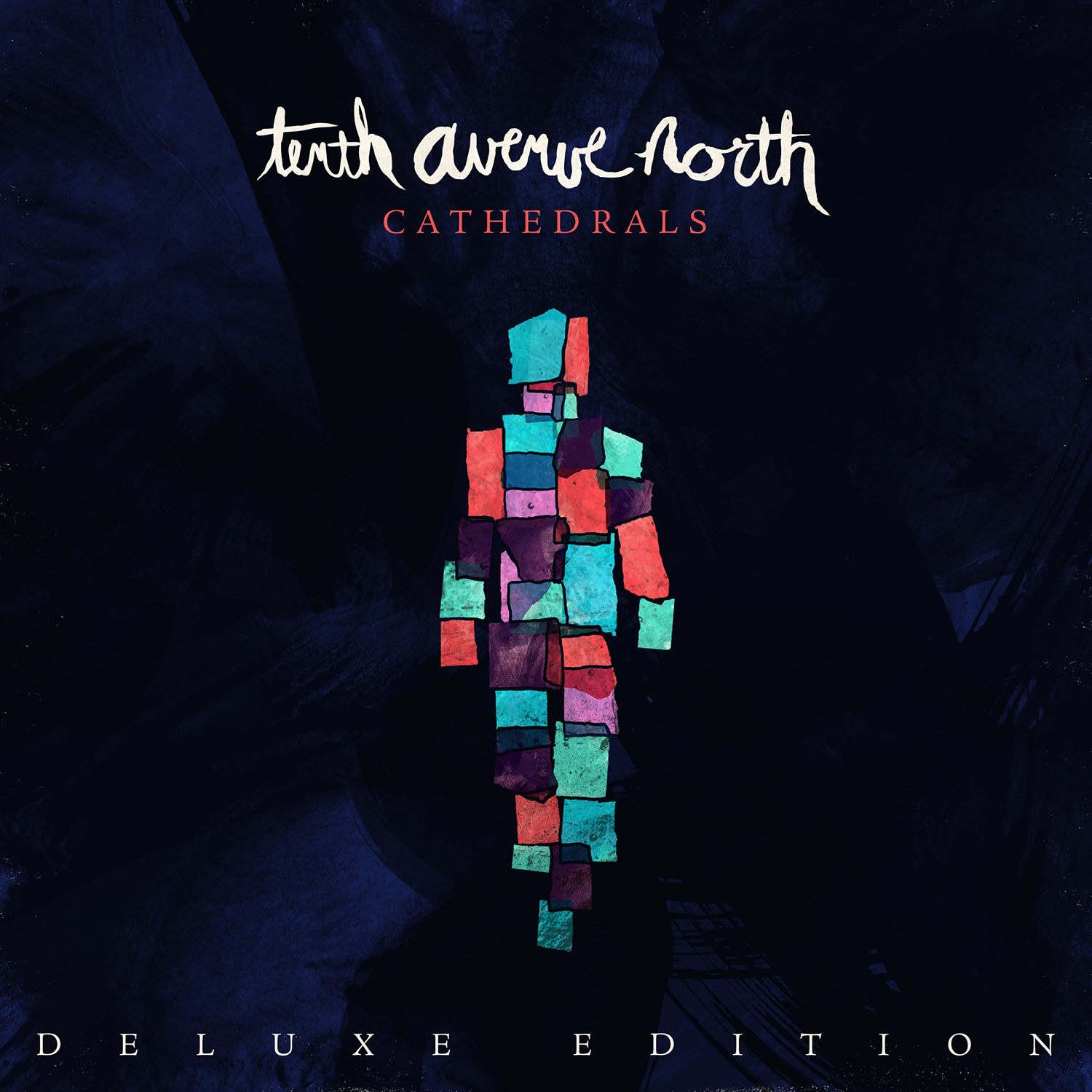 You know it's going to be an interesting interview when the man enters the room wearing a nerdy Christmas sweater.

When we opened our mouths, laughter was all that came out, so he had to ask the first question, "Are you guys jealous?"

Anyone who follows Tenth Avenue North knows that their lead singer, Mike Donehey, loves to put on a good show. And today, that show just so happened to include a nerdy Christmas sweater.

To give a little background, and make this whole thing sound not quite so crazy, Mike just came off-stage at the K-Love Fan Awards, after hosting his own goofy version of the "Not So Newlywed's Game!"
The colorful contestants on this show were Kirk Cameron and his wife, Steven Curtis Chapman and his wife, and Fox and Friends' Elizabeth Hasselbeck and her husband.
The poor, unsuspecting couples were asked challenging (and very humorous!) questions, in front of an audience of thousands!
Mike clearly had too much fun interviewing the couples with questions like,
"What Song of the Year best describes your first date?"
A. Hope in Front of Me
B. Fix My Eyes
C. Do Something
D. We Believe
E. He Knows My Name! 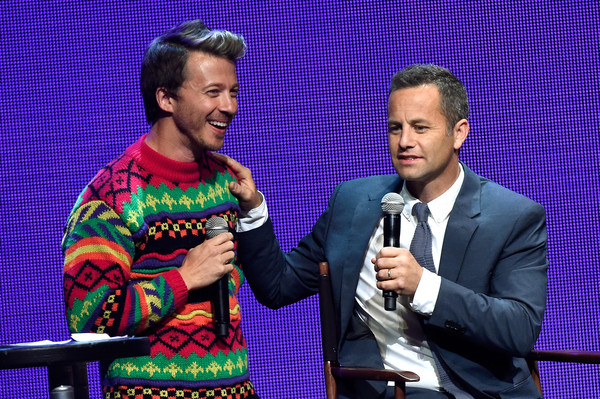 were those loaded questions, or did you get to make up your own?

Mike: Literately, Steve, the thinker of the K-Love Fan Awards, he said, "Ask whatever questions you want."
I gave him a whole list, and he was like, "Yeah, any of those are good." So I just wrote 'em down on my card, and it got a little crazy.
So yeah, this sweater looks like psychedelic 60's, like, "We all live in the yellow submarine, with pudding pops!" K. Too much?

what was your favorite moment from the k-love fan awards weekend?
A. the celebrity basketball game?
B. hosting the not-so-newly-weds game
c. Performing at the awards show

Mike: Probably this moment right now. Just looking at you guys at your tables, typing away. It's the best.

how much for the sweater?

Mike: Off my cold dead body. I won this at a white elephant gift exchange, like four years ago. I stole it to get it, I was like, "This is mine." So I usally wear it at every horrible Christmas sweater party, and I bring it down like this, and I put a belt on it, and I wear black tights, and I pretend to be this guy named Sphen. So I'm like, "Hi, I'm here! My name is Sphen, it's a partee! Yoohoo, familee! Okay, you know what I'm saying, okay. I'm a beautiful butterfly!"
Ahem. Any other questions about our band or our music? Or are they just all gonna be about the sweater?
We make music too.

how do you keep ministry front and center, keeping focused on god & loving the people in front of you?

Mike: Jesus embraced interruption, right?
Through the gospels you always see Him taking people aside from the crowd.
Especially at these things, where no one's even looking you in the eye, they're looking over your shoulder to the "more famous person" that they can talk to. And Jesus never looked over people's shoulders.
In fact, he looked over the famous people's shoulders to find the least of these. And that's just always blown me away. Whatever your job title is, I hope that I give just as much attention to the janitor as I do to TobyMac. 'Cause if I don't, then I'm playing the game, I'm not loving people.

Mike: I'm always writing, I can't turn it off, ask my wife. I'm laying in bed at midnight, and I'm like, "So I was thinking of this thought," and she's like, "Go to sleep, we'll talk in the morning."
So yeah, nothing official like demo'd or anything. There are a couple songs that didn't make this current record that we really want to use on our next one.

as girls, how can we truly know and embrace our value in christ?

Mike: Right, so like what Pink would say, "You are perfect, you are worth it." She would say, "Don't even listen to anyone who doesn't say that you're not perfect."
The problem is, that doesn't work, does it? Because you tell yourself you're not perfect. Girls have not only fallen short of other people's idea of what they should be, they've fallen short of their own standard.
So when you look in the mirror, that sort of theology doesn't work. That sort of fluffy, "Just tell yourself you're awesome, you're perfect just the way you are." Everybody knows that's bull. It doesn't work. So what we have to teach people to do, is it's not going to work unless you look at Christ. It's just not. Fix your eyes on Jesus.
"Fix my eyes, eyes, ohhh..." that's a great song 'cause it reminds us; that's it, that's always the answer. That's the answer tonight for me.
If I'm not fixing my eyes on Jesus, then I'm gonna fix my eyes on these awards, and then my value and identity are gonna fluctuate whether or not my band wins. And that's not the way we're supposed to operate. Romans 12 says, "Out-do each other in showing honor". So the reason us artists should be here isn't to win, it should be to honor the other artists. And then, you get joy. It's crazy! I get more joy celebrating others than I do people celebrating me. And so I think the way Tim Keller would say, he's a pastor in New York City, he said, "The freedom of self-forgetfulness."
Because the Gospel says you're actually worse than you give yourself credit for. Girls need to know, they're worse than they think they are. So they despair of trying to save themselves, and they look to Jesus.
But at the same time, what lifts you out of that despair, you're like "Oh man, I'm so bad that Jesus had to die for me?" you also know, "I'm so loved, Jesus was GLAD to die for me." For so you despair at your own wretchedness, you then are lifted up into hope, because it's not about you, it's about His love.
So your identity can then be wrapped up. So it causes you not to think low of yourself, not to think high of yourself, you forget all about yourself, because you're looking to Jesus.
~*~