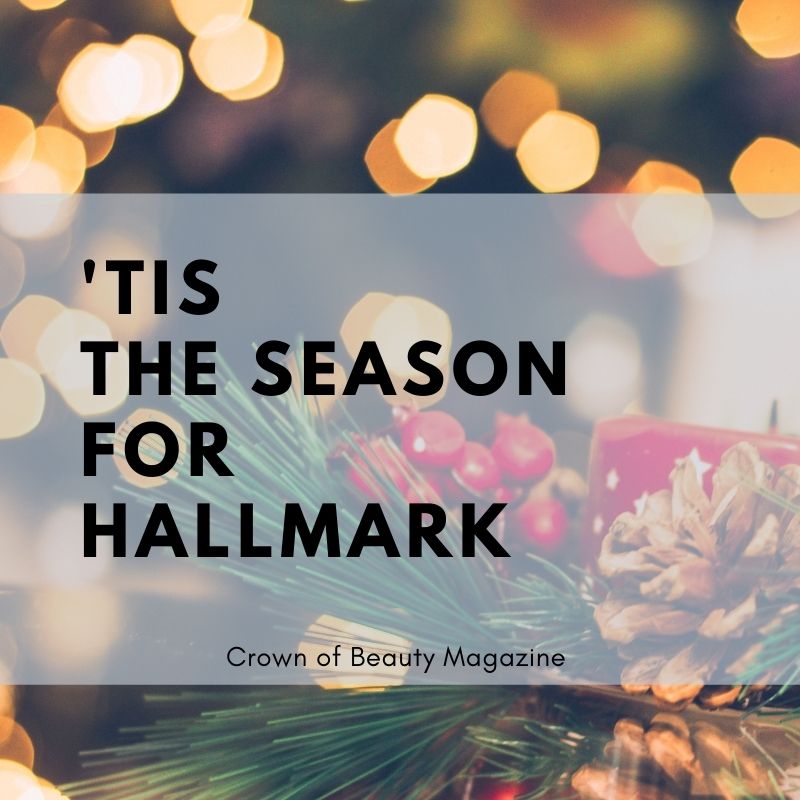 Christmastime is (almost) here: that means it’s time for baking cookies, chillier weather, fun scarves and jackets, peppermint mochas, and Hallmark movies. Growing up, I would make a list of Christmas movies that I had to watch every year. One problem: it was the same list.

Let’s face it, even Home Alone gets old when you’ve seen it 28½ times. When I started mixing in some new Christmas movies along with old faithful's, it made every Christmas-movie-watching season feel new and exciting!

Thankfully, Hallmark movies are a big help when it comes to mixing it up every year. Of course, these films are oh-so-Christmassy, and an endless supply of entertainment.

So if you're ready for some Christmas baking and Hallmark-movie-a-thon-watching, we’ve got you covered!

(Check out the streaming app Hallmark Movies Now to watch these movies anytime. Many of them are also available on Amazon Prime Video or a free movies app called, "Tubi.")

Miranda’s mother died when she was little; she never knew her father. She’s planning to spend Christmas alone. But when she's given a photograph that belonged to her mother, Miranda decides to follow its clues to Carlton Heath, Vermont. She stays in a beautiful inn and meets a small-town lawyer/innkeeper named Ian, who introduces her to more family than she could ever have imagined.

This film was based off a Christmassy book series by Robin Jones Gunn. If you'd rather read the originals than watch, check out the link below! :)

Luce Lockhart is a college student who’s stuck. She’s maxed out her parents’ credit cards buying her boyfriend an expensive watch. Her boyfriend drops the bomb that he didn’t even know they were dating. And when she goes home for Christmas, she finds out her parents have disappeared to Botswana for charity work.

But when a neighbor corners Luce into a dog walking job, Luce (whose not a dog person) meets a dog enthusiast who wants her to stop the local dog park from being replaced by a day spa. Even if you aren’t a dog lover, this movie will make you laugh.

Jessica works for a travel advertising agency and is offered a big new account in Palm Springs. Joe is a playwright who’s finally about to hit his big break in Los Angeles. They’re also a husband and wife who are separated and teetering on divorce.

But their tech-savvy kids, Zoe and Dylan, have a secret plan to get their parents together—in Palm Springs—for Christmas. When Joe teams up with Zoe and Dylan, it’s three against one.

This heartwarming comedy is The Parent Trap meets All I Want for Christmas.

If you enjoy watching A Christmas Carol onstage each year as one of your family traditions, this film is the perfect alternative for 2020, when pretty much everything has been cancelled. It’s a 2004 musical version of the classic, with beautiful sets, songs directed by Alan Menken, sweeping dance numbers, and a theatrical feel.

This version follows Mary’s entire life, from her marriage to Joseph, to the Nativity, to Jesus’ resurrection. While the cinematography is not as impressive as a newer version like The Nativity Story, it’s neat that it covers the entire timespan of the Gospels.

Another fun fact about the movie: I was impressed with similar they were able to get young Mary to look to her adult counterpart, without makeup or CGI.

Molly Callens is the daughter of a business mogul who wants her to take over his company. Ryan Kelly is a musician studying to be a teacher, but who wants to be a songwriter. When Ryan and Molly meet at Belmont University in Nashville, Tennessee, they decide to study together at a bookstore called The Bridge.

The bookstore, located in a beautiful old house in the historic town of Franklin, is the center of it all—and it makes a huge difference in the lives of anyone who visits. Based on the novel by Christian author Karen Kingsbury, the story continues in Karen Kingsbury’s The Bridge: Part 2.

9. Battle of the Bulbs

Bob Wallace is determined to win the mayor’s annual Christmas light contest; but when his childhood ex-best friend Stu moves to town and challenges him for the title, he takes it to the next level. (And the next, and the next, and the next…) This comedy is more focused on family than the usual Hallmark formula of boy + girl.

Claire Benson is a figure skater primed to win a gold medal at the National Championships when she injures her ankle. She is sent to a physical therapy rehab program in the mountains, where she meets an ex-hockey player and his daughter, who teach her there’s more to life than winning.

If you love figure skating spins and sparkly costumes, this will be a dream come true for you! This film also features lots of cozy vibes and comedic moments.

Nell faces opposition from both sides as she wants to save the Majestic, and must convince Connor. But at the same time, her old friends and neighbors hold her responsible for Connor’s plan. This is a sweet movie with beautiful Christmas decorations, set in an adorable small town.

But when both women meet again in a magical Christmas store, they each wish that things would be different. They wake up in each other’s bodies and must spend the holidays convincing their families nothing is wrong. This fun movie is a bit different than your average Hallmark film, but it couldn’t be better.

5. Marry Me for Christmas

Marci (the owner of her own ad agency) hires an assistant, Adam, to help her with a big new advertising account. When Marci’s cousin (and best friend) Dana announces that she’s leaving to be a missionary in Haiti for the next five years, Marci decides to take her work (and assistant) with her, and go home for Christmas.

Her family automatically assumes Adam is her fiancé, and Marci must keep up the act to protect them—until Adam’s motives prove to not be what they seem. Marry Me for Christmas has such a touching and uplifting big family dynamic, and was popular enough to inspire three sequels, Marry Us for Christmas, A Baby for Christmas, and Merry Christmas Baby!

Emily Morgan, a small town news reporter, and her ex-boyfriend Charlie Fisher, who lives in the big city, are both up for an open spot on a Good Morning America-type network show. When the producers decide to pit them against each other in a televised competition, it makes for some funny onscreen moments.

This is the second Mrs. Miracle movie, based on the books by Debbie MacComber.

Holly Wilson is taking care of her nephew Gabe while his father is deployed overseas. Jake Finley is the son of the owner of Finley’s Department Store—but his job is on the line. He’s chosen to only put quality toys on the shelves for Christmas, overlooking the year’s hottest toy. Mrs. Miracle goes around fixing things in everyone’s lives.

This movie features a triple whammy Hallmark ending, and the setting of Finley’s Department Store gives it a little bit of a Miracle on 34th Street feel.

Bakery owner Emily learned all of her recipes from her late grandmother. But when a French chef comes to town and copies those recipes, Emily decides to battle him for recognition as the town’s best bakery.

Meanwhile, Emily receives a beautiful, handmade advent calendar that seems to be from an anonymous admirer, and the whole town becomes invested in the mystery. But the answer is not what they expect.

1. Annie Clause is coming to town

Santa’s daughter Annie takes a sabbatical to LA find out who she is and where she belongs in the world, hoping for a romance like her parents’. What she doesn’t know? Santa’s Chief Operations Officer wants Annie to abdicate the Christmas throne, so he hires an actor to pretend to fall in love with Annie. But Annie still has time to help make life a little more Christmassy for those around her.

There you have it! Now it’s time get out your fuzzy socks, grab a Christmas mug full of hot cocoa, and sit by the fire enjoying the magic of a happy ending at Christmas. 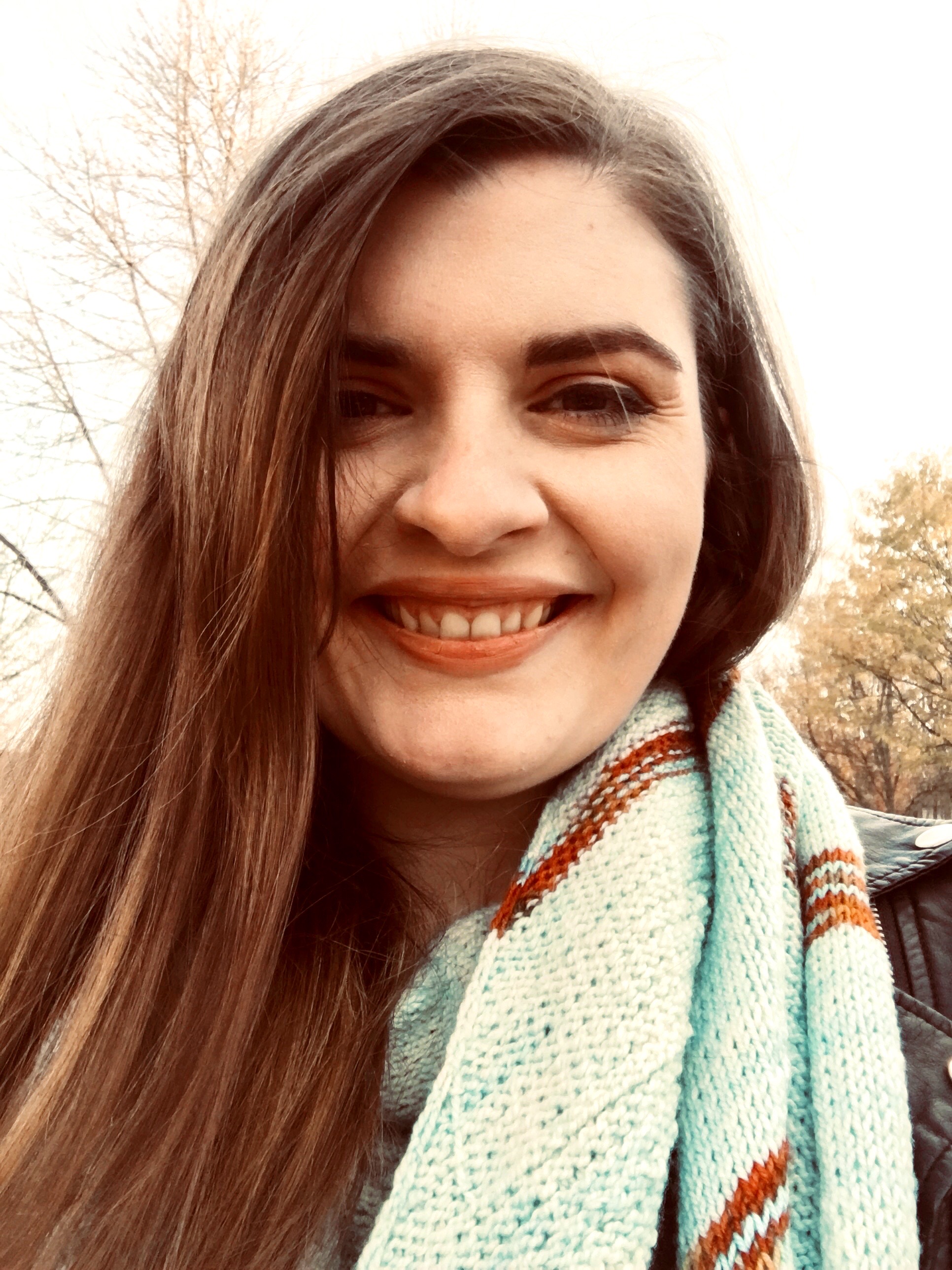 Becca Mahoney is a writer who loves all things movies, from Marvel to Star Wars to Jane Austen. She's a featured writer at Screenrant.com.

Before joining Screenrant, Becca blogged in the entertainment field for 10 years.

The homeschool graduate has a Specialization in Creative
Writing from Wesleyan University, and a Journalism certificate from Berkeley.

Becca also enjoys baking and loves sharing about what God has done in her life. You can find her at Screenrant.

what's your favorite Hallmark Christmas movie?
Comment below and let us know! :)