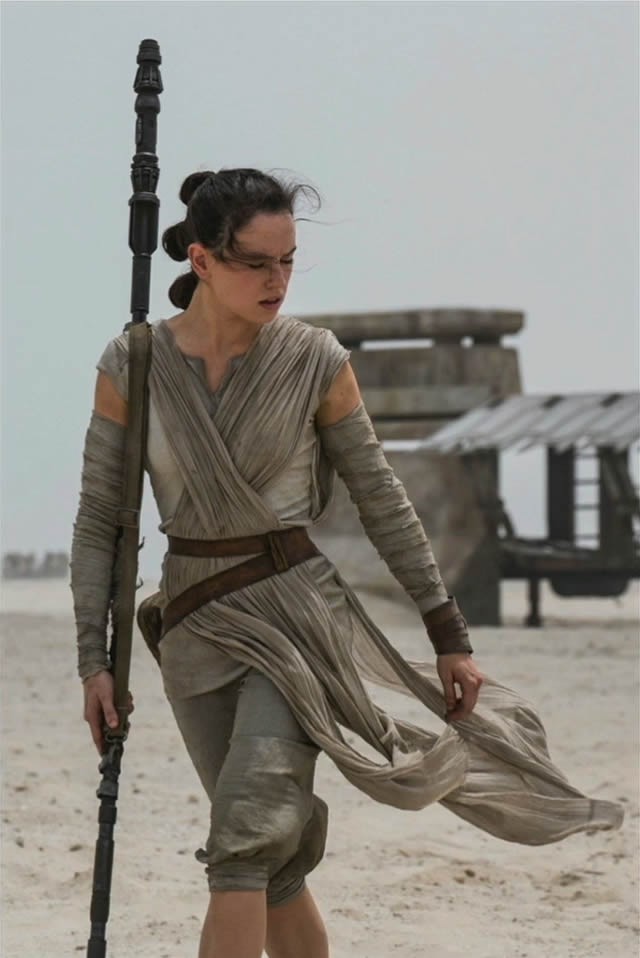 I grew up watching Star Wars. I darted around the backyard with my big brother, pretending to be Princess Leia; fighting aliens, Jabba the Hutt, and Darth Vador himself! At bedtime we turned off the lights, and full blown flashlight (ahemm, I mean light-saber) wars broke out.

The Star Wars movies were a huge part of my childhood, so as you can imagine, I was one of the millions of twenty-somethings amongst excited movie goers to rush out and experience Star Wars the Force Awakens. As the story unfolded, I was awestruck. I smiled, laughed, cried, and left the theater feeling totally satisfied with the film. Like many others, I left thinking, “I love all the new characters! Especially Rey. She was so cool.”

I thought about all the little girls who found a new heroine in Rey, and giggled to myself about all the Rey Barbies that would be sold. Millions of imaginations were sure to be ignited, and a whole new generation of little kids would pull out their flashlights and have epic battles in a galaxy far, far away.

The next day, I decided to Google Rey’s character, and see what the critics were saying about her. It seemed like everyone was applauding her. After all, she was so spunky, fearless, and brave. She wasn’t a princess locked in a tower, in desperate need of saving. Moms were so grateful and relieved that their daughters could now pretend to be Rey, rather than the weak and flimsy Disney Princesses. While surfing, I landed on several Mom blogs, where ladies expressed why they loved Rey. A sea of comments and a tidal wave of opinions all seemed to express the same thing,
“Rey is a feminist hero!” they chanted. “She knows how to blast guns, beat the boys, and the best part is, she's not sitting at home knitting, waiting for some guy to rescue and marry her!”

While I agree that Rey is a wonderful warrior role-model, I was surprised at how much of an attack was being expressed toward Disney Princesses who don’t shoot guns and save galaxies. For some reason, the kind, soft-spoken, gentle princesses are seen as “weak” and “man-dependent.” While it is true that Cinderella has never been a physical warrior, she has so many noble qualities about her. It took the heart of a warrior to forgive her evil Step Mom. No “weak” woman could do that! 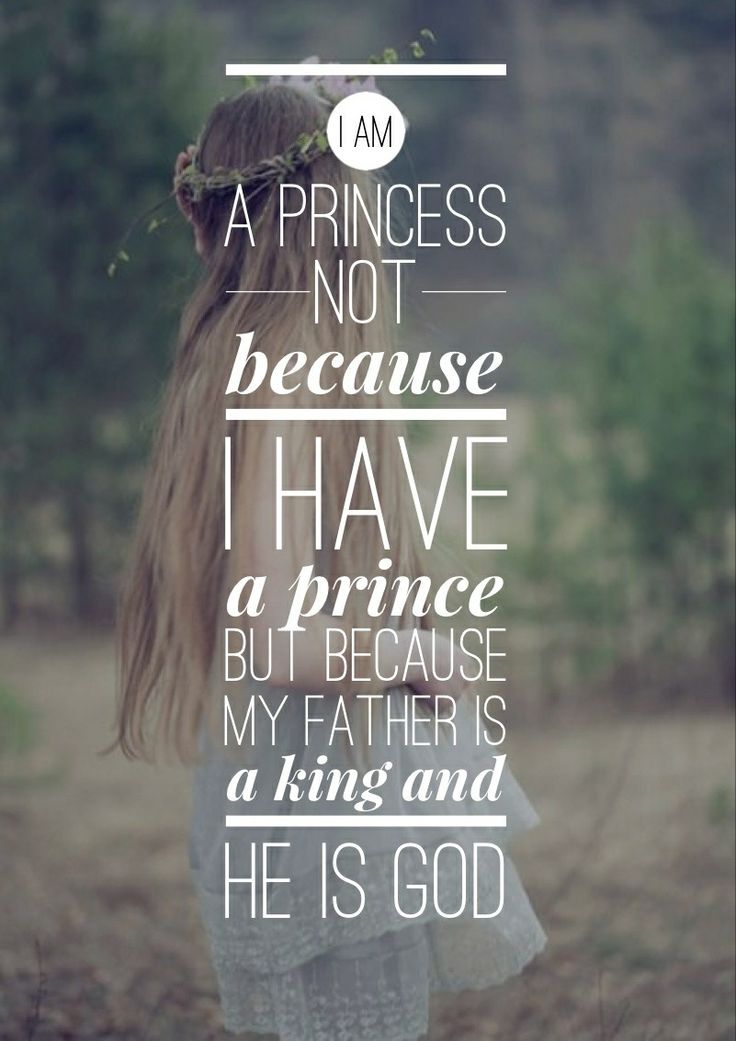 The more I read what these Moms said, the more I found myself growing disturbed with the revelation that…they don’t want princess daughters. They want to raise a generation of fiery feminists.

Feminism is a massive buzz word today. In fact, it’s so buzzy that it makes a countryside beehive look inactive. I'm seeing this word all over social media. Celebrities are cheering for it. Thirteen-year-old girls are Tweeting about it. But before we get caught up in all the excitement (and deception) of this movement, we need to stop and ask ourselves, what is feminism, exactly?

The latest trend in this “Girl Power” movement, is to hop on this steam-locomotive called the “feminist” train. It's barreling ahead, rolling down the tracks of pop-culture, beckoning to us girls to hop on board, call yourself a “feminist,” ReTweet other celeb “feminists,” and make sure that you’re staying totally gender neutral. The sly conductor of this future trainwreck is calling out to its passengers, “ Say so long to those God-ordained gender roles! We're girls, but we won't be put in a box! We can be anything we want to be!”

Celebrities are using their platforms to pick up a megaphone and shout about something…anything, that sounds empowering. Standing on the soap boxes of social media, their cries are entering the ears of this generation, “We’re not stuck in the past anymore! We don’t have to live like our Grandmas did, and we certainly don’t have to live by the Bible anymore! We are FREE.”

They’re calling it a revolution. They don’t want to “judge” anyone for their “sexual preference,” They want to wear lust-worthy clothes, but they don’t want guys to treat them like a piece of meat. They want to beat the guys at anything and everything, and show them no respect, but at the end of the day they still want to be loved and protected. They demand respect and love, but they won't give it. They want to be sassy, sexy, but still labeled as “smart.” They want to give women the “right to their own bodies,” and abortions are happening in the millions. They want to protect the whales, the planet, and the sea turtles, but not the unborn. Is any of this making sense?

I believe that “feminism” is just a big fat campaign of CONFUSION from the enemy. In these days, boys want to be girls. Girls want to be boys. But don’t label them! Labels are “evil.”

Perhaps the most disturbing thing of all about the “feminist” movement is that we, God’s people, are slowly believing these lies. Maybe it’s because we haven’t been taught, or maybe we’re just slowly forgetting what God created a woman to be. Beautiful, strong, modest, loving, a servant, a cheerleader of men, pure, excellent, brave, courageous, a 1 Peter 3:3 girl, a Proverbs 31 Woman, a Titus 2 lady who will care for, nurture, and raise up a new generation of royal princesses! 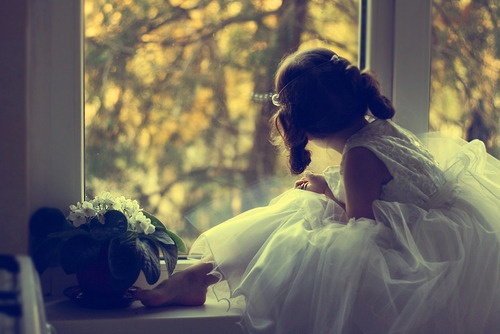 The world is saying, “Women should be strong, sexy, powerful, and any gender they want to be.”
They are trying to destroy the “princess” label. They don’t want to be seen as soft, weak, vulnerable, or in need of saving. They frown at stay-at-home Moms, and see modesty, faith and purity as some kind of creepy cult. I’ve read some extreme stories about feminists being angry with their daughters because they gave birth. Some feminists believe that women shouldn’t subject their bodies to the “un-empowering” act of giving birth. That they should be “stronger” and “smarter” than that. What the WHAT?!

Being a woman is a beautiful, amazing, spectacular thing. God designed male and female, and the order of that union is so perfect. God said it was GOOD. It is not to be changed. The enemy is sowing seeds of confusion all over this world…right and wrong are being blurred together. Gender specifics are being erased. As Christians, sometimes we are afraid to speak up and live out what we know to be true.

But God’s Word can never be changed. And He said one man, and one woman. The end. If we stray from that, we are twisting His Word and following the enemy’s deception. That is not what we want.

Femininity is a God-given gift. Everything about who we are as females is to be treasured and protected.
If you've been considering hopping on the crazy “feminist” train, it might be time to reevaluate. If you pause, and look over your shoulder, you'll see another movement happening. It's the true femininity movement. It's the Princess Culture arising. It's a generation of Christian girls who are choosing to stand up and say, “I am valuable. I am cherished, I am treasured, and I am loved. I don't need to take off my clothes to feel beautiful. I don't need to tear down men to feel powerful. I don't need to conform to the pattern of this world, just to make my friends happy. I'm a princess. I embody the spirit of true femininity, because I am walking in the fullness of all God has created me to be.” 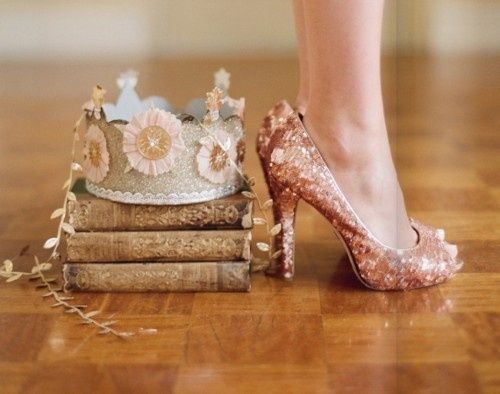