What Do You Want to Be When You Grow Up? 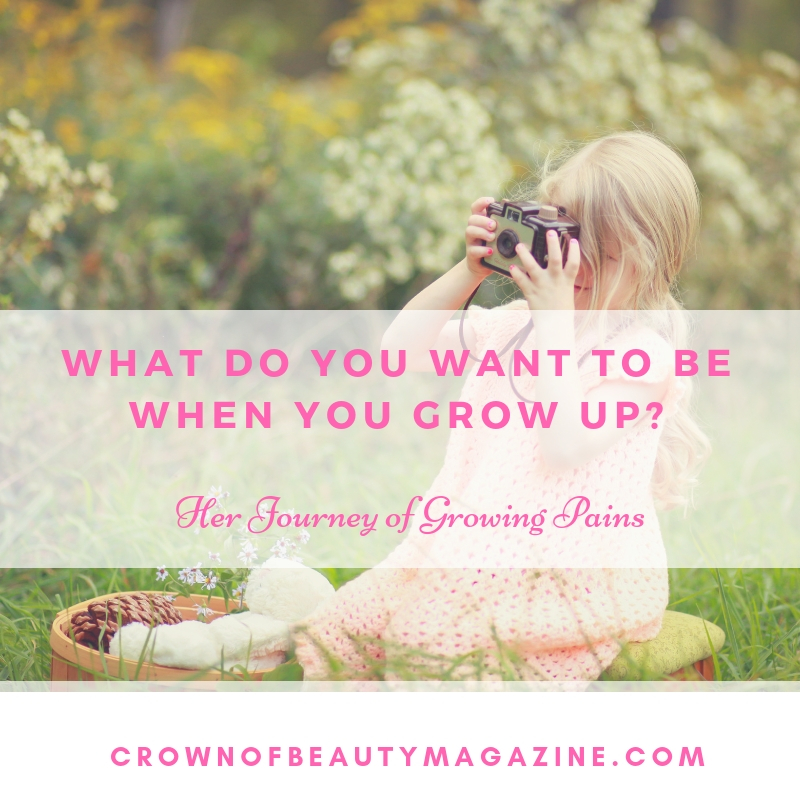 “What do you want to be when you grow up?”

Ah, the age-old question. As a little girl, this was my favorite question to answer!

When people asked me, “What do you want to be when you grow up?” I had SO many different things I could tell them!

I wanted to be an author, an illustrator, a dancer, an actress, a musician, a singer, a dog trainer...my list went on and on.

When I was young, there was absolutely no limit to my imagination and I freely dreamed about a future where I would be able to do all of these things!

But then, as time ticked on and calendar days passed by, I reached High School, and that lovely little question, “What do you want to be when you grow up?” wasn’t my favorite question anymore.

Those ten little words caused a storm of anxiety within my inner world. 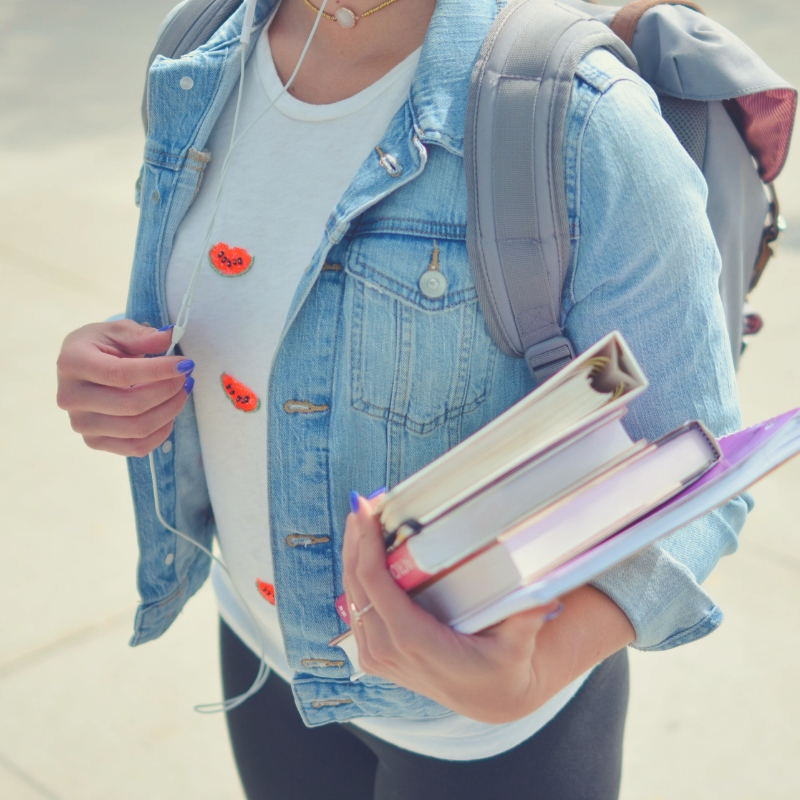 Senior year of High School, was like one big worry-fest.

All of a sudden, things got real.

Ready or not, I had some major career choices to make. Extended family members started asking me, “So, what are you going to do after you graduate? What college are you going to?”

Hearing these questions on a consistent basis was especially hard for me because I wanted to do so many things. I already didn’t know which path I was going to take!

And in the midst of feeling undecided, I felt pressure coming from outside sources.

As a homeschooler, I already knew that I had extended family members who were suspicious of my home-based education. I was already labeled as the “different” girl, and I knew they were watching me, very closely, to see if I would fail, and if my parents made a horrible choice in choosing to pull me out of school in second grade.

Or, if I would succeed, and prove all the doubters wrong.

I felt like I owed success to the people around me.

I mean, I totally wanted to make my parents proud. They had risked so much in following their personal convictions to homeschool me.

My Dad was a public school teacher, so imagine how awkward that was for him to tell his teacher friends, that his daughter was being homeschooled!

My Dad really wanted me to go to college and I really wanted to please him. I believed that if I could be successful and finally have something of worth or a valuable accomplishment to show my extended family members, and all my parents friends, that I would do my “duty as a daughter” to prove I had what it takes to be successful in this world.

Now I know that might sound really silly, giving into the pressure of other people’s expectations and wanting to “prove” something to them. But I was so concerned with pleasing other people, I made my choices based on their expectations. 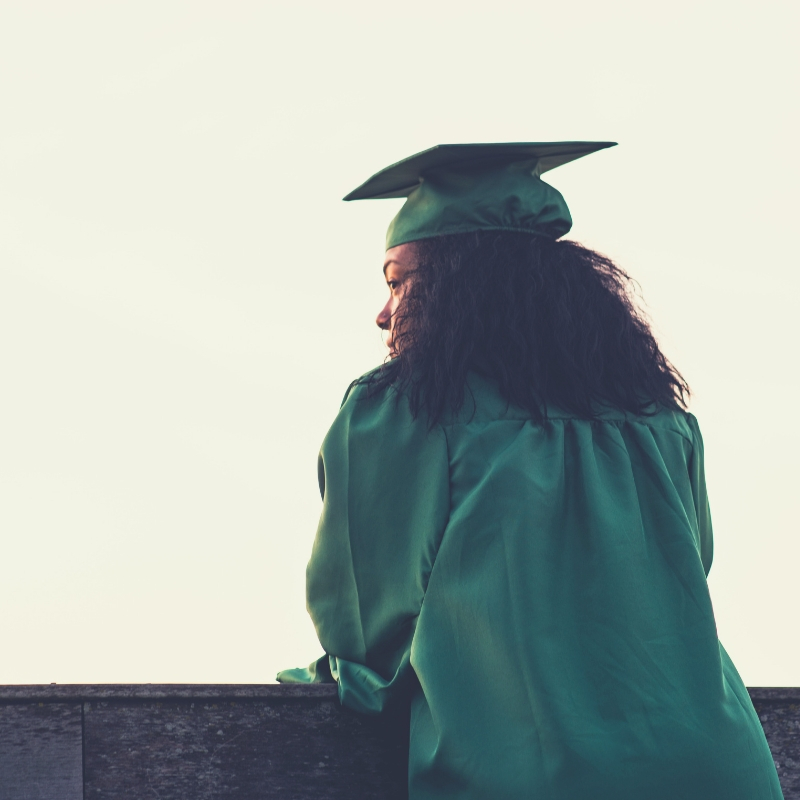 Instead of taking time to wait on God, and ask Him for direction, I dove into the first thing that made sense.

One of my loves as a little girl was storytelling.

Buuuttt, I totally hated English. Seriously, you guys, I was the worst speller ever! My grammar was horrific and I hated following rules and formulas. I just wanted to tell great stories, who cared about all those extra “spelling rules”? Well, I got into my college courses, and as you can imagine, it was full of RULES.

Do this, don’t do that, grammar, sentence structure...blech.
I felt like I was hitting a huge wall. All I wanted to do was tell stories. I dreamed about someday publishing a novel. But the college-path I was on, wasn’t fostering my creativity.

I felt like all those Neverland dreams were slowly being sucked away from my heart. I was not enjoying my Creative Writing Class, and I knew, deep down, that I was doing it for the wrong reasons.

I was trying to impress people.

The idea of saying, “Oh, I’m not in college…” seemed SO scary to me!

At least if I was taking some classes, I could set my family members minds at ease, right?

I had a huge choice to make.

I could either continue down the college path, attempting to pursue a career in the traditional manner that so many people thought was the “normal way of doing things”, or I could let go, trust God, and embrace the fact that He didn’t create me to be just like everyone else.

Now please don’t misunderstand what I’m saying here, I am in no way bashing higher education, and traditional learning methods.

Having the opportunity to go to college is such a blessing, as there are so many people around the world who would give everything to have such a rich wealth of knowledge in their field! But this is just my story. And in my story, I knew college wasn’t right for me. God wanted to do something different, and I knew that, deep in my heart.

So, I made a crazy choice.

A choice that force me to face my fear of disappointing others.

The next time, a family member asked, “So, what are you doing now that you’ve graduated?”

I had to tell them, “Actually, I’m not in college.”

DUN DUN DUN! Oh the horror! Can you imagine, a young girl, throwing her life away, not going to school?! AHH, so scary. You can imagine the concerned looks on their faces, right?! My choice did not make sense to them.

And all of a sudden, I was back at square one, asking myself the same question I heard in Kindergarten. “What do you want to be when you grow up?”

But this time, I didn’t let fear into the equation. I wanted to answer that question just as freely and honestly as I did back when I believed in Palaces and Princesses, and Peter Pan...because I knew God had created me for something spectacular.

The wild imagination He’d given me as a little girl, still remained. I still wanted to tell stories and change the world.

But how? How was I going to live in the fullness of God’s plan for my life, when I wasn’t even fully clear yet on what that was?

In my attempt to answer the question, “What do you want to be when you grow up?” I earnestly prayed, asking God, “What is my purpose? Why did you put me on this planet? What were you thinking when You made me?”

I prayed for days, desperate for some kind of answer. I needed direction! My entire future was at stake! I didn’t want to fail! I didn’t want to throw away the dreams and gifts He’d given me, or do a bad job stewarding them. I was still so stressed and anxious within, and now the steaks were even higher! I needed Him to speak to me!

Remember that scene in Pocahontas, when she was trying to figure out her life? 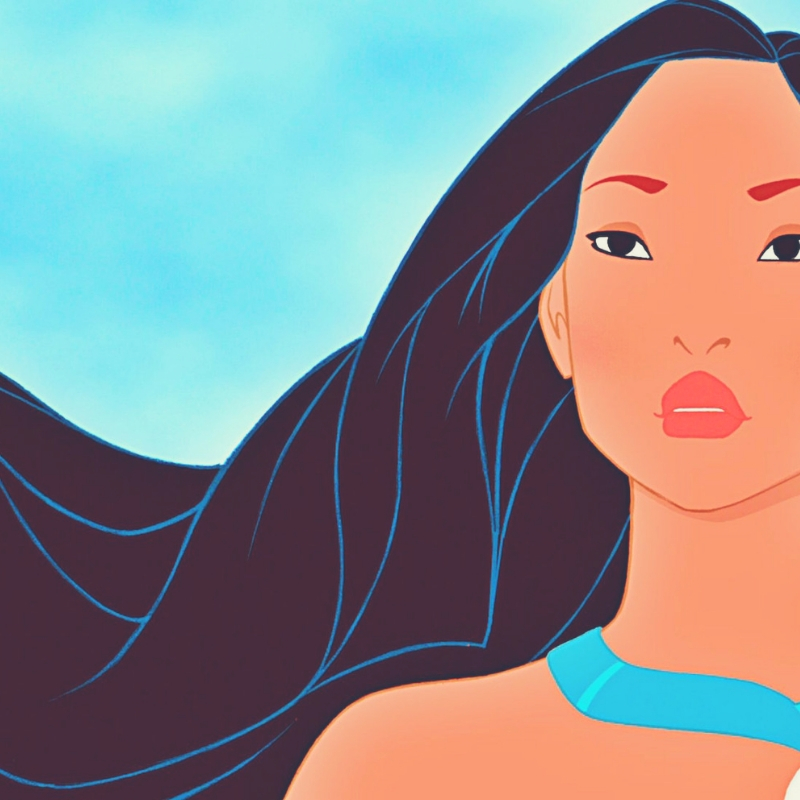 She dramatically starred into the water and sang, "“Should I choose the smoothest course steady as the beating drum? Should I marry Kocoum? Is all my dreaming at an end?”

That was me, okay? Looking deep within, super reflective, hoping the wind would pick up and God would blow on my compass and point me in the perfect direction!

So what happened next?!

Finally, one day, after so much prayer, the answer came.

In the form of another question.

The still, small voice, said, “What do you want to do?”

I looked up from my Bible, immediately rebuking the devil under my breath.

"What do I want to do? Um, excuse me, I’m busy trying to find the perfect will of God here!"

But the voice came again. “What would you enjoy doing?”

The Word says the sheep know His voice, and I’ve been walking with God for long enough to know that it was Him speaking.

What do I want to do?

And just like that, my heart was taken back to Kindergarten. I recalled those carefree days when I dreamed that I could be anyone.

Before the pressure, the people-pleasing, and heavy expectations from outside sources, ever had the chance to touch me: God placed a dream in me.

He had given me permission to pick up the pen and begin sketching out my wildest dream life!

I pretended, even just for those few moments as I grabbed my journal and quickly wrote, that NOTHING was impossible.

Through that time of carefree dreaming, I felt the freedom to begin building.

I asked myself, “If I could create anything, what would I make? If there were no limits? No rules? Just the production of something beautiful, and full of meaning.”

It was in that moment that I started sketching out my ideas for Crown of Beauty Magazine.

I envisioned girls, all across the globe, coming to a website where they would learn the truth about their beauty and worth in God.
I saw conferences being held, a Tour, and even a television show!

And then, I stepped out. I took those dreams, and turned them into a plan.

I pursued my dream of launching a magazine, building relationships with young women all across the globe, and got busy designing, writing, networking, and running the massive operation! It became my full time passion project and I was SO excited, and humbled, to be part of what God was doing, in and through, Crown of Beauty.

As you can imagine, this still didn’t quite make sense to my toughest critics. Explaining what I did, and why I did it, to those around me, wasn’t easy.

I wasn’t making as much money as I would’ve been with a regular job, and I knew I still had people who disapproved of what I was doing.

But I didn’t let those mental obstacles stop me. I knew that, no matter what I did, there would always be critics, and I was finally, finally okay with that. 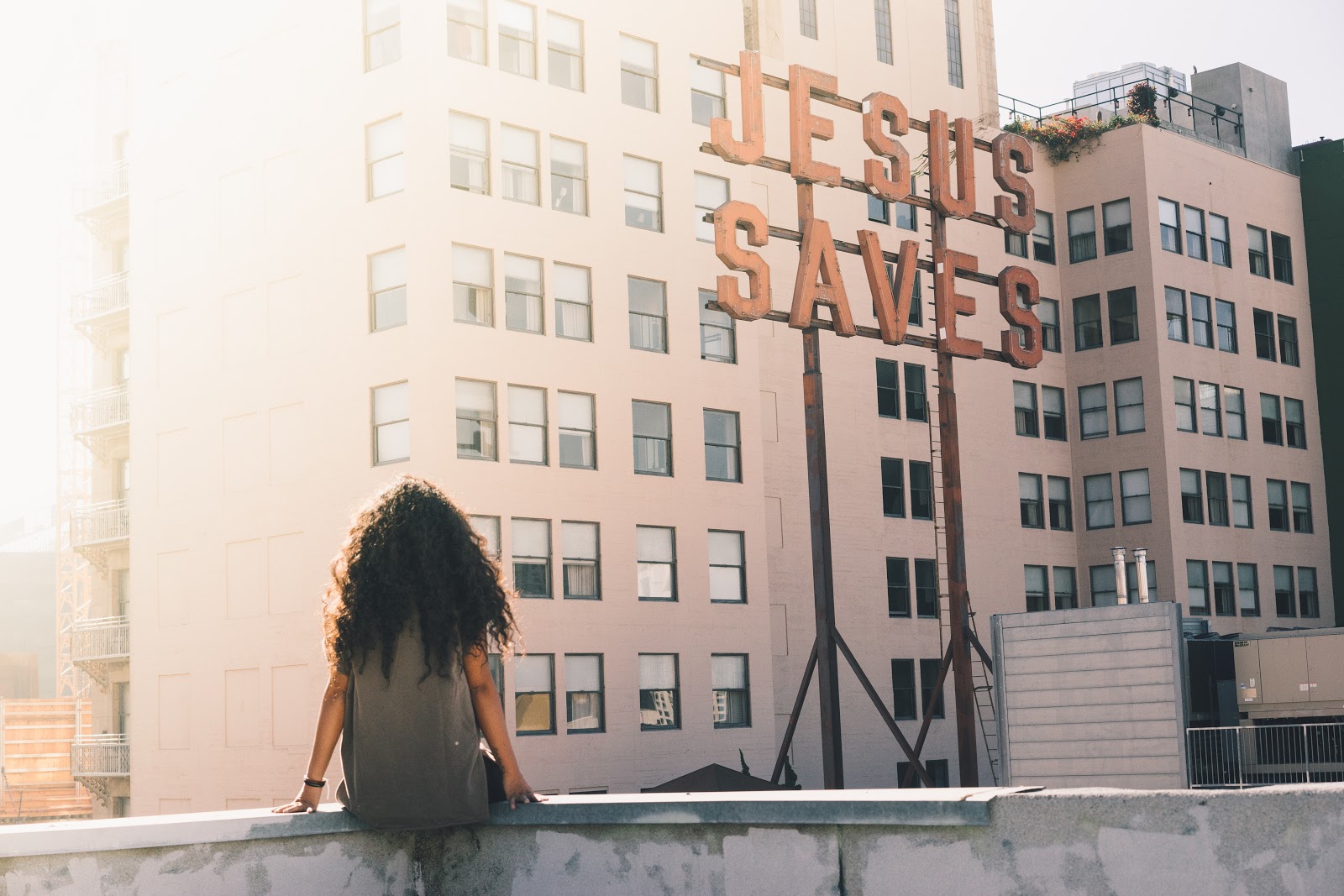 The Apostle Paul wrote, in Galatians 1:10, “Am I now seeking the approval of men, or of God? Or am I still striving to please men? If I were still trying to please men, I would not be a servant of Christ.”

While pursuing my dreams with Crown of Beauty, God opened up so many incredible doors. I hosted several conferences across the country, met some of my best friends in the entire world, conducted interviews with some of my favorite artists, authors, and speakers, and attended super fun events like the K-Love Fan Awards, and the GMA Dove Awards.

I published multiple books, and it’s absolutely crazy to think that NONE of this would’ve happened, if I would’ve remained in a place of fear, chained to making decisions based on “what other people think of me.”

The transformation that happened deep within, is even more amazing than seeing these God-given dreams come to pass.

And isn’t that what this life is all about?

God asks us to step out and obey, trusting Him with blind faith, and we think it’s all about achieving a goal or a dream.

When really, it’s all about our hearts.

check out our brand new podcast,
"dream to destiny!" 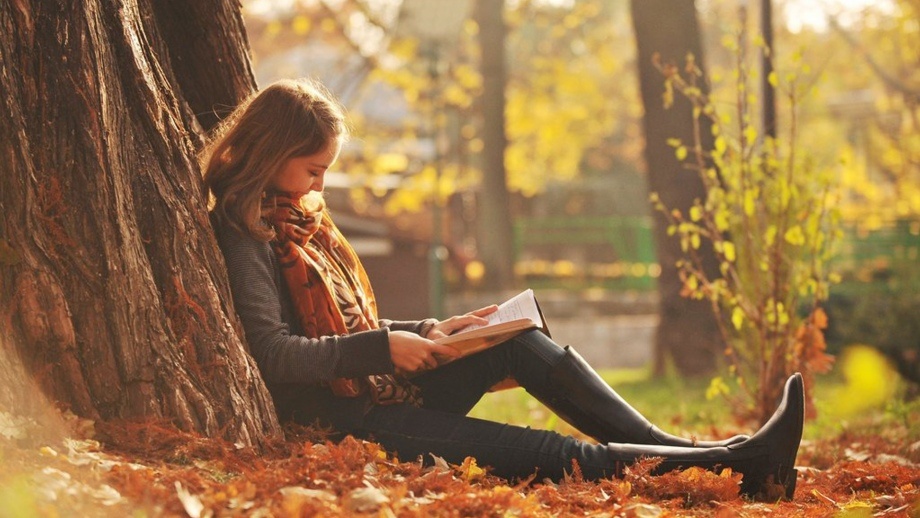