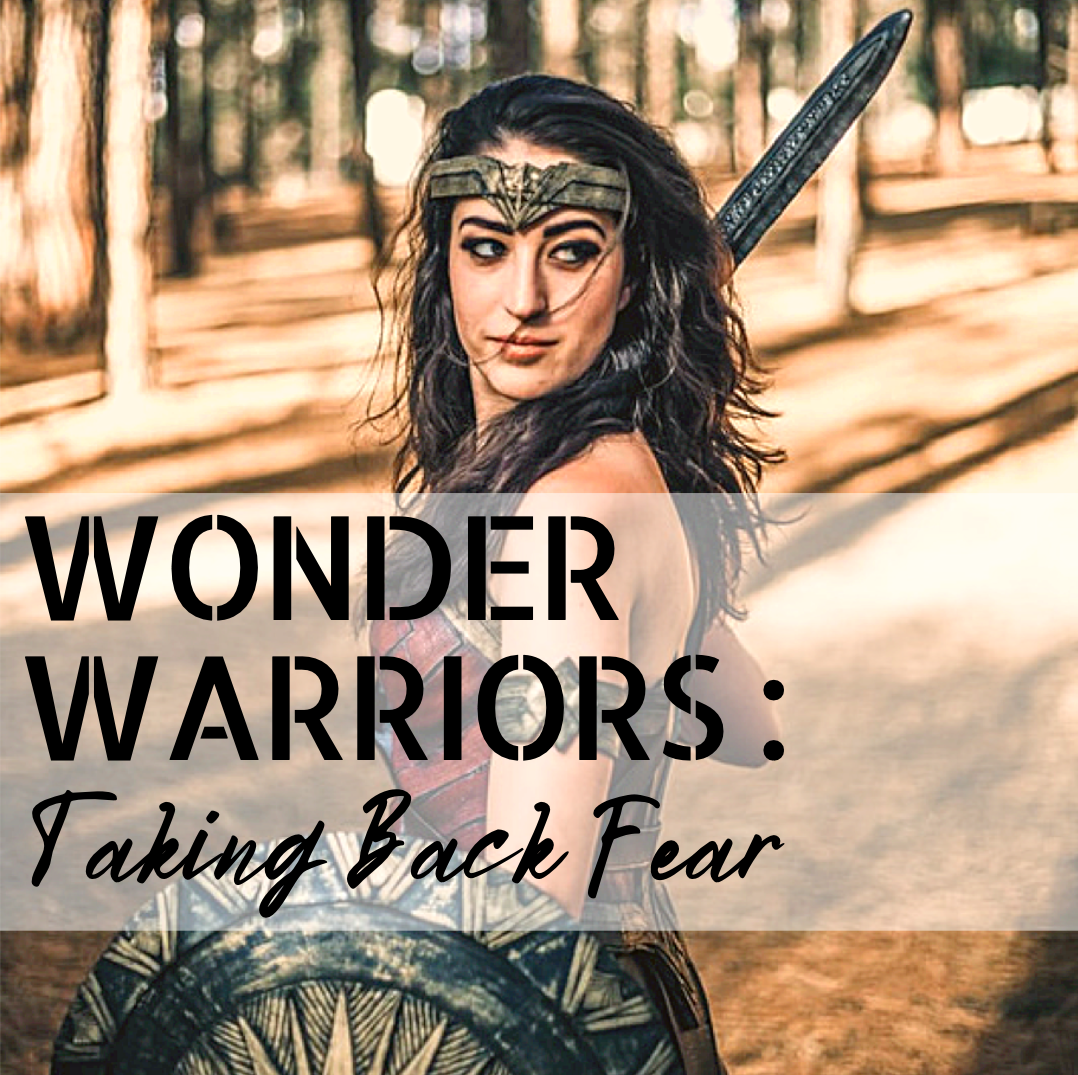 I'm no Amazon warrior . . . unless we're talking Prime shopping. I can order books all day.

But let's be honest and just say it: We all kinda wish we were Wonder Woman, don't we? Even if we don't totally want to be her, she has something every girl wants - whether that's beauty, confidence, or power. That was intentional, actually. She was designed to be the perfect woman. Her maker gave her a little bit of every good quality imaginable: Bravery, beauty, selflessness, intelligence . . . well, you know.

I don't need to tell you this, but we're not perfect. We're no Wonder Women, right? We're awkward, and acne prone; scared. If you're anything like me, you've probably spent a lot of time terrified out of your mind.

I don't know what you're afraid of. Maybe it's dying, or seeing the end of the world, or losing a loved one. Maybe it's something smaller, like missing out on your dream school; of being laughed at by your classmates, or moving to a new city. Maybe you don't know. That's okay, too. Sometimes we get lost and overwhelmed somewhere between spiders and the apocalypse.

But friend, you were not made to listen to fear. You were designed for peace and confidence.

The Bible says it like this: “For God has not given us a spirit of fear and timidity, but of power, love, and self-discipline” (2 Timothy 1:7, NLT).  Some translations have self-discipline written as “a sound mind.”

We're supposed to be able to face anything, go anywhere the Lord wants to send us. To do that, we can't be afraid.

“That's great,” you say, “ but what does it look like? How can we become warriors when we really want to hide under our beds?”

To answer that, let's take another look at Wonder Woman. I present to you . . . the three keys to fighting your fear, and living like a warrior princess! 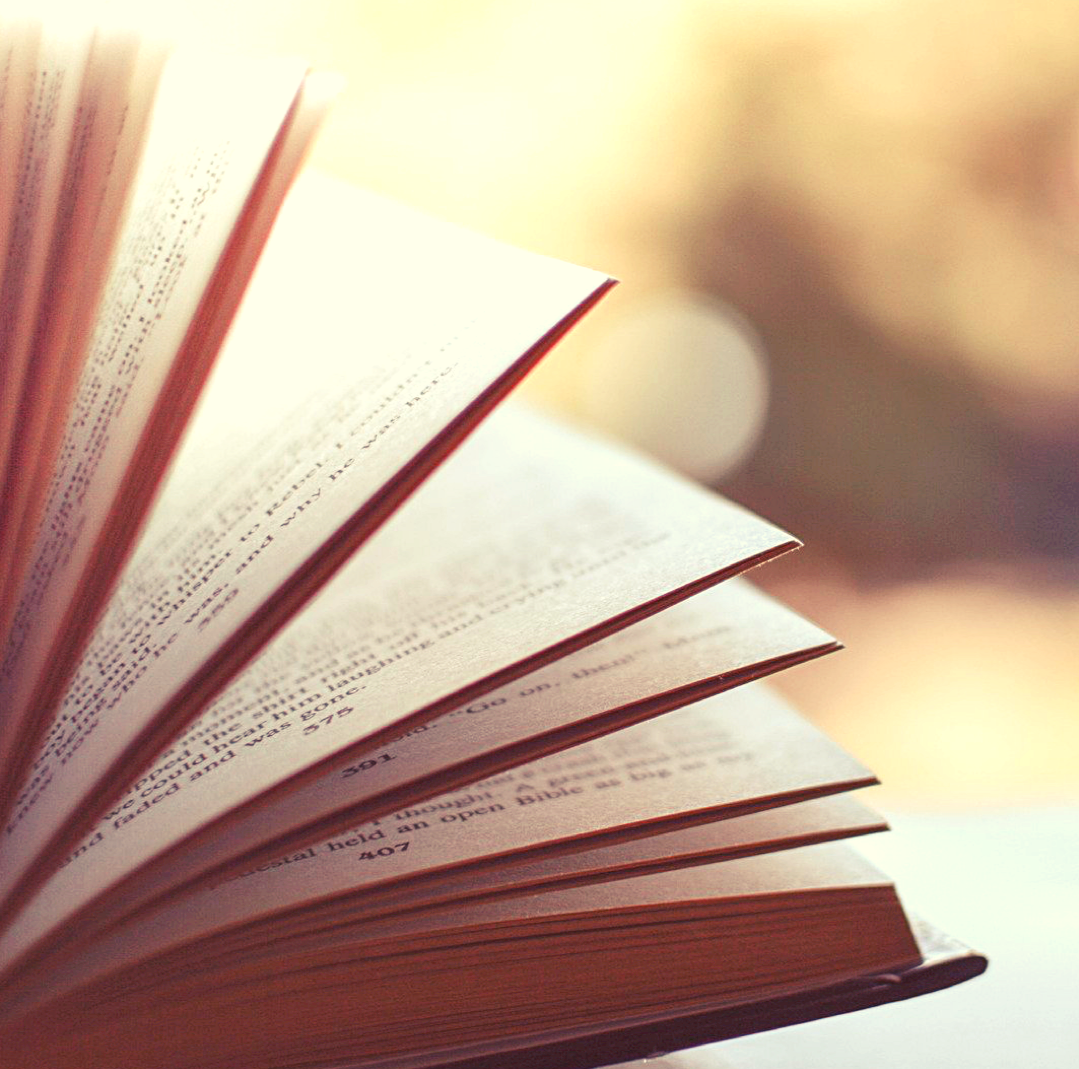 Diana knows who she is, and most importantly, knows who and what she's fighting for. She knows what she was made for - to protect and defend. Really, she is the ultimate weapon. There isn't much to be afraid of when you know you were created to fight the biggest monsters out there.

My friend, you were made for great things. Not all greatness comes with glitter and earthly glory, no. But you were made to live a full and meaningful life. God designed you with a plan. He wants you to save lives by drawing others to His light. When He recruited you to be His warrior, He already equipped you to face any monsters that would stand in your path.

I encourage you to take some time to learn who you really are. Talk to God, ask Him to show you who He wants you to be, what He says about you. I also encourage you to memorize some verses from Scripture that can remind you of the wonder God made you to be.

And that's only the beginning! God says so many amazing things about you, and they're layered all throughout His word. 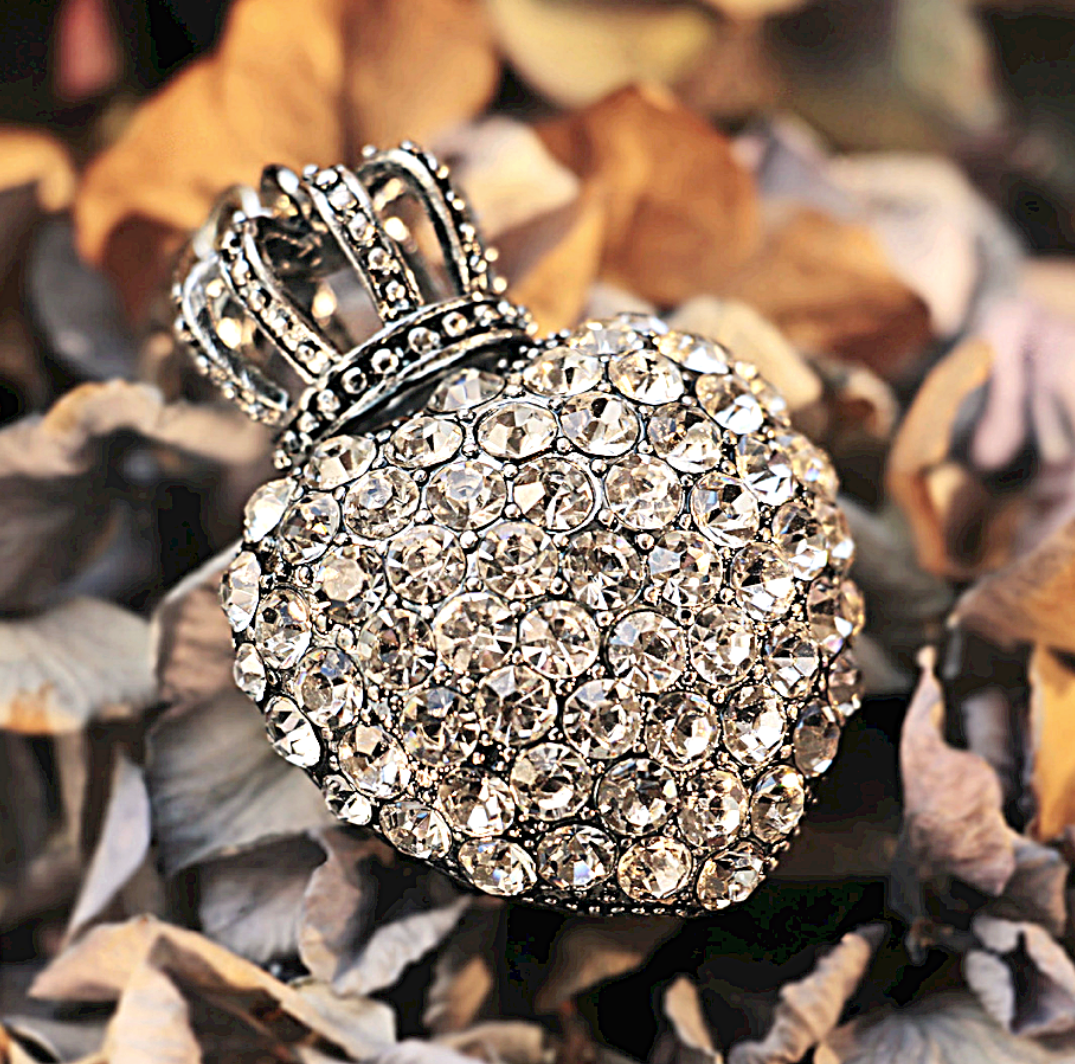 Diana may be the strongest woman alive, but she isn't invincible on her own. Only a fool would go into battle totally unarmed, and Amazons are certainly no fools.

For Diana, she is never without her wristbands and lasso of Truth. Of course, her outfit itself is protective, whether that's her classic red, white, and blue suit, or the full golden armor seen in WW1984. Her wristbands guard her from bullets, while her lasso can pull the truth out of anyone. It also proves helpful for maneuvering in battle.

Now, it might look just a little over the top for you to show up at school with titanium arm bands, or go to work with a golden lasso. Remember, though, we're fighting fear - not flesh and blood. The Bible actually says just that, that our battle is against the unseen.

So, what does that mean for us? That our armor is unseen, too.

It's called The Armor of God, and it's outlined in Ephesians 6:10-17. Every day, we're to pray God's armor over us, putting it over our hearts to protect us from lies, temptation, and fear.

Just what is that armor?

Truth holds us together, like a belt. Righteousness covers us, like a suit of armor. The Peace that comes from the Gospel carries us, like shoes. Faith guards us, like a shield. Salvation, and the promise of everlasting life that it brings, protects us from fatal blows, like a helmet would. Finally, we carry the Sword of The Spirit - that is, the Word of God -  as our weapon that shatters and destroys lies. Pretty neat, huh? 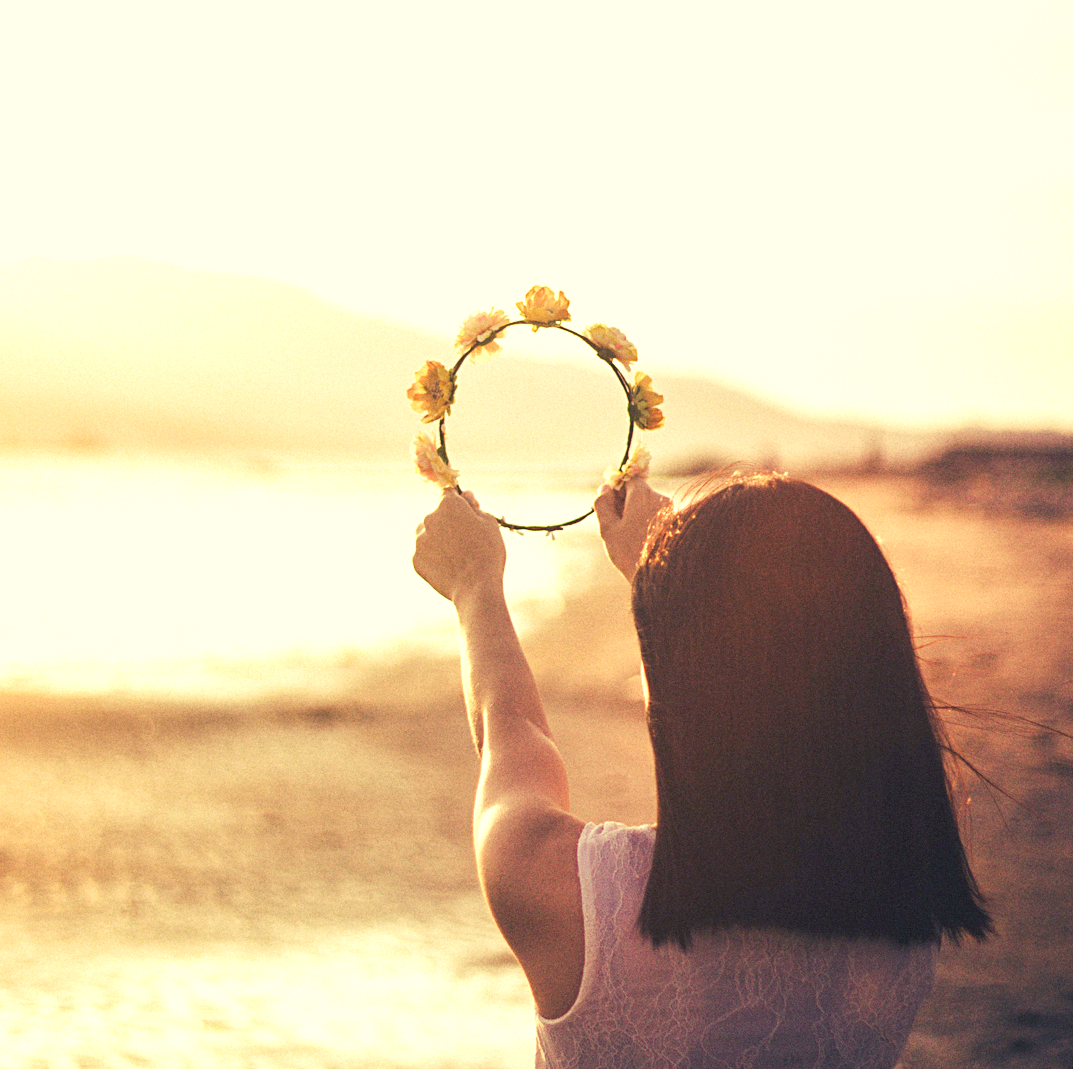 Finally, Diana fights for humankind; she's a protector. But, she knows that man's world isn't really a “good” place.

Our world is, and has been, a place full of greed, violence, and all kinds of scary evil. Yet, Diana chose to be Grace instead. She said it herself, it wasn't about what we deserve. It's about the things she believes in, and she believes so strongly in those things - Justice, Freedom, Protection, and Peace - that she's willing to face any kind of darkness.

See, God knew that man's world - our world - was broken. When He sent His Son, though, He declared that it wasn't about what we deserved. He became Grace.

God has promised to fix this world one day. Everything will be new and perfect. In the meantime, He wants us to fight back the darkness by sharing His Love and Light. When we let that love illuminate our hearts with a beautiful fire, we'll be able to face anything.

This world is on its way out, and life is only part of a bigger picture. We can stand unafraid, because this is only small stuff, even if it doesn't feel like it. What we believe in is stronger. We have a job to do.

So, dear friend, I want you to know that it is so okay to feel afraid. It's just not okay to live afraid. When you do that, you are letting your enemy stop you from doing what you were made to do. If I need to say it again, you were made for great things.

See, Wonder Woman may have been designed to be the perfect woman . . .

But, guess what? So were you.

God designed you perfectly. Ages and ages before you were even a human thought, He knew exactly what He wanted you to be. He planned a perfect you.

I know that doesn't make any sense, because you aren't perfect. I'm certainly not. No one is. But, here's the catch . . .

Man's world is broken, remember? We fell from perfection. So nothing here is perfect. Not yet, anyway. But, one day, when God finishes the epic work He started, this won't be man's world anymore. It will be God's. In the meantime, He's still working on you, and me, and all of His kids. Every day, when we spend time with Him and seek His will, He's pulling out the perfect in us. He’s perfecting us.

Just as Wonder Woman's creator gave her the best of every quality, your Creator gave you pieces of all different lovely qualities, too. If I was sitting with you right now instead of here behind my computer, I would tell you what those things are. But, since I'm not there with you, do me a favor and find someone you trust, maybe your mom or a mentor, to remind you. I imagine they'll tell you that you are smart, and beautiful, and kind, and a number of things that are uniquely YOU.

Be brave, my warrior friend. Wear your armor and your crown. Trust in the One who made you. With Him, you can face anything. Fight the darkness, because in the end, the battle is won.